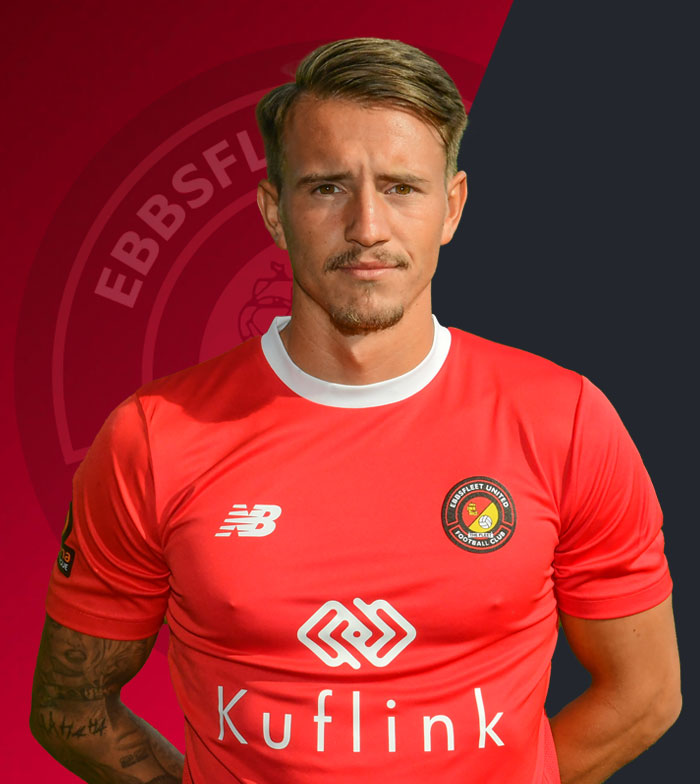 SPONSORED BY TRACY & RONNIE DOWN

A former Crystal Palace youngster, Chapman turned professional at Gillingham, rising through the youth ranks and being handed his senior debut in 2017. He made six senior appearances for the Gills, also turning out for Faversham Town on loan.

He rejected a new contract at Priestfield in favour of first-team football and joined Dulwich Hamlet in the summer of 2019.

After a season in South London, he signed for the Fleet in July 2020. A two-footed box-to-box midfielder, Chapman is a highly versatile player capable of slotting into numerous positions in the middle as well as right-back and he chipped in with a couple of goals in pre-season as well.