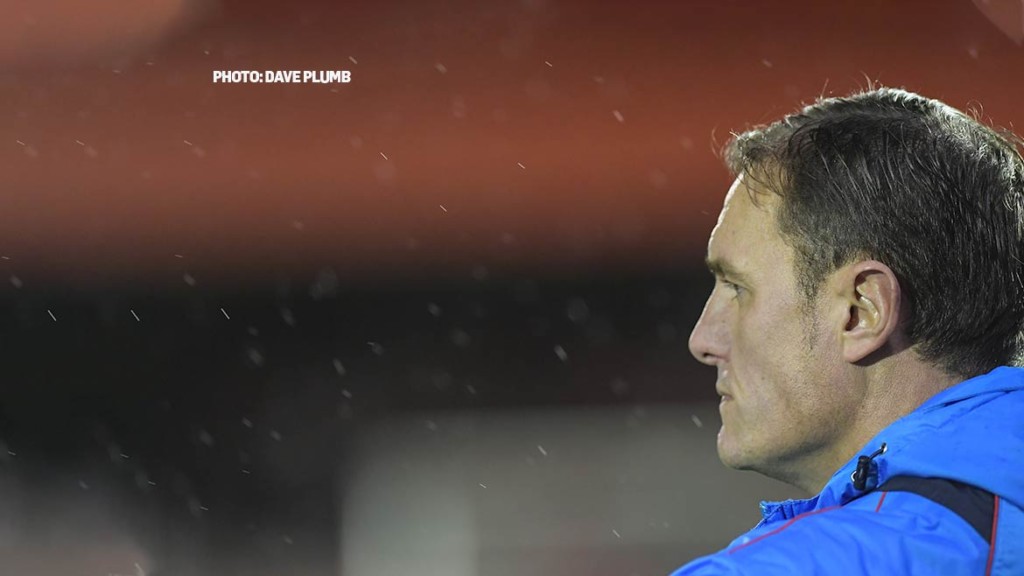 Assistant manager Ian Hendon’s refrain was a familiar one of “a game at a time” but he admitted that after six points from their last two games, Fleet are in the race for the final play-off spot.

“I would look at [the play-offs] and say that the seventh place is up for grabs,” Hendon told BBC Radio Kent’s Charles Webster. “I would say the rest of them are pretty much filled with the clubs that are there.

“Someone’s got to get there. We’ve looked at the fixtures between now and the end of the season and there’s a few tough games in there but on paper I think we’d be quite happy with the run-in that we’ve got. We’ve just got to worry about one game at a time really and the next one’s Maidstone next Saturday.

“It’s another game for us. Regardless of where they are in the league it is three points there and we want to go and get them for our own benefit and try and push for that last play-off spot.”

Two wins at home has been good for the Fleet after coming through a sticky patch where goals were hard to come by and Hendon was pleased with the application against Boreham Wood.

“It’s been a good week,” he said. “Six points in the week. We knew it was going to be a difficult game today. The conditions weren’t suitable for a good game of football.

“We knew what the game was going to be like, it was going to be a battle. We know what they’re like as well, a big strong side and we knew exactly what was coming so we wasn’t disappointed in anything today. Thankfully we stuck it out and got the three points.

“Towards the end we were hanging on to a game that we should have been out of sight. Had we taken a couple of chances we created earlier I think it would have been a little bit more comfortable towards the end but we got the three points and that’s what we set out to do.”

The Fleet assistant also praised the contribution of Gozie Ugwu who, after two assists against Maidenhead, this time hit the woodwork twice.

“He’s been different class,” said Hendon. “He gets hold of the ball when it goes up there, he brings people into play and he gives Cheeky a little bit more space to run as well. He’s had a good start.

“And it’s nice to see the back players scoring and we’d like a few more from the middle of the park as well. But it don’t matter really who scores as long as we win the game.”

Hendon was pleased the Fleet players didn’t get drawn into a running battle with Boreham Wood after recent suspensions and incidents, even though both sides ended the game with 10 men for different reasons.

“We’ve learned valuable lessons after recent events where we have had players sent off and the lads showed a lot of calmness out there when maybe it could have gone the other way,” he said

“We’ve got over the sticky period where we had a few suspensions, a few injuries and we know we’re not blessed with the largest squad. But those lads that have come in in recent weeks and the boys who are now coming back, it’s nice to see them all back.

“But [Dave Winfield] is in the treatment room now. So I haven’t got round to going to see him yet. He wears his heart on his sleeve and you know he’s been desperate to get back. I’m not sure what it is but it looks like a muscle strain of some sort and I know he’ll be bitterly disappointed.”

Ed Miller has been Ebbsfleet United's communications manager and programme editor since 2014 and responsible for the club website since 2007. Contact him on ed.miller@eufc.co.uk
PrevPreviousRIP Michael Thalassitis
Next“I was due one” says Magri on first goalNext