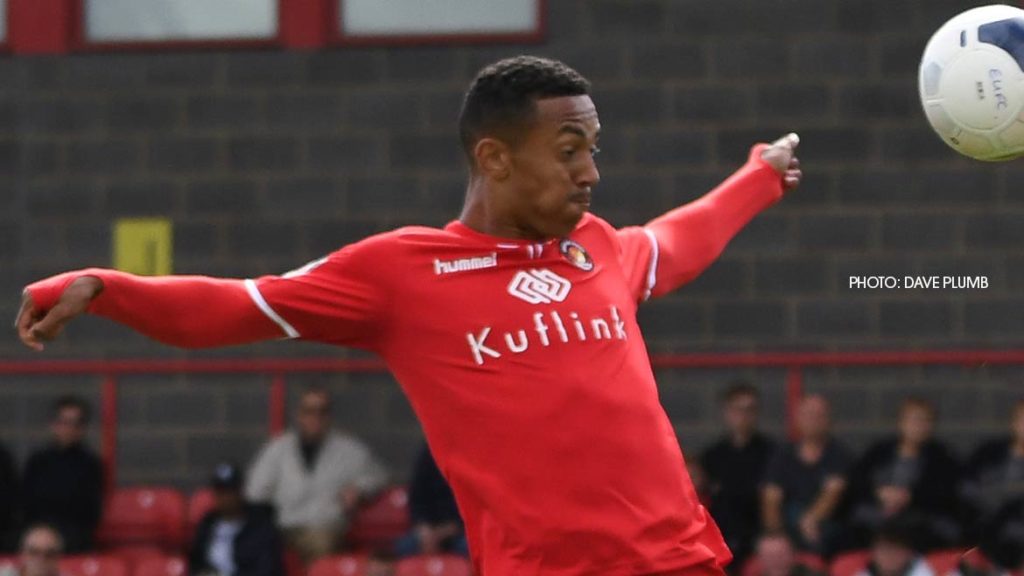 Despite the disappointment of Woking’s late penalty goal that takes Fleet to Surrey in midweek, home goalscorer Alex Reid had nothing but praise for the coaching staff who, he says, have added vigour and freedom as the players chase another win.

“The new gaffer’s come in and the lads are all loving life under him,” Reid told BBC Radio Kent’s Charles Webster. “We’re all trying to grind a result out for him and it’s just good to get a goal and reward him.

“I think I speak for all of the lads, it’s been a bit of a breath of fresh air,” Reid continued. “He’s come in, he’s changed things a little bit, he’s given a new lease of life to the lads and we’re desperate to pay him back with a win and a result. We want him and Tristan to keep the job, really. The way we’ve been training has been class, it’s been intense and the way he tries to get us playing is quality as well.”

Reid benefitted from being played in a more advanced role this afternoon and that’s just the way he likes it.

“I’m buzzing with another goal and to play up front,” he said. “It’s the first time I’ve played up front since I’ve been here. That’s my preferred position and apart from today, while I’ve been here, I’ve been featuring either left midfield or left of a three. But I’ve come here as a striker and that’s where I want to play, I want to score goals and long may it continue.

“It’s what I’m about really. Running, dribbling and hopefully getting a finish on the end. I’m critical of myself, I could have had another one in the second half as well. It was a lot similar but the touch didn’t help and just sort of took it away from me but the pitch again doesn’t help. But it’s just getting on with it. That’s two games against Woking so far and two goals so hopefully it’ll be three in three on Tuesday.”

Reid felt his side are getting ever closer to giving the fans something to smile about but the margins, as ever, are their downfall. However, the striker is confident they can turn it around and go to Woking and claim a place in Round One of the Emirates FA Cup.

“We’re confident. We think we could have put the game to bed at 1-0, even Lawrie’s chance in the first half,” said Reid. “It’s just small margins that we need to brush up on. Once we get there, it’s a great group of lads, the coaching staff are complementing us as well and they’re letting us play the way we want to play. But it’s literally being a bit horrible them last two minutes and kicking it into Row Z, kicking it out of the stadium, just to grind out a 1-0 win.

“I was constantly checking the clock and I think it was about the 88th minute when [the referee] gave the decision. The gaffer said the fourth official’s buzzer for full-time went off when they were taking the penalty so it’s literally just the margins we need to brush up on.

“Being able to grind out a 1-0 win would have been great for morale for the whole camp. It feels like a little bit of a loss but like the gaffer’s said in there, we just pull ourselves together and go again Tuesday, we’re still in the hat.”

Ed Miller has been Ebbsfleet United's communications manager and programme editor since 2014 and responsible for the club website since 2007. Contact him on ed.miller@eufc.co.uk
PrevPreviousFleet 1-1 Woking
Next“We need to be fitter and play the full 90,” says WatsonNext