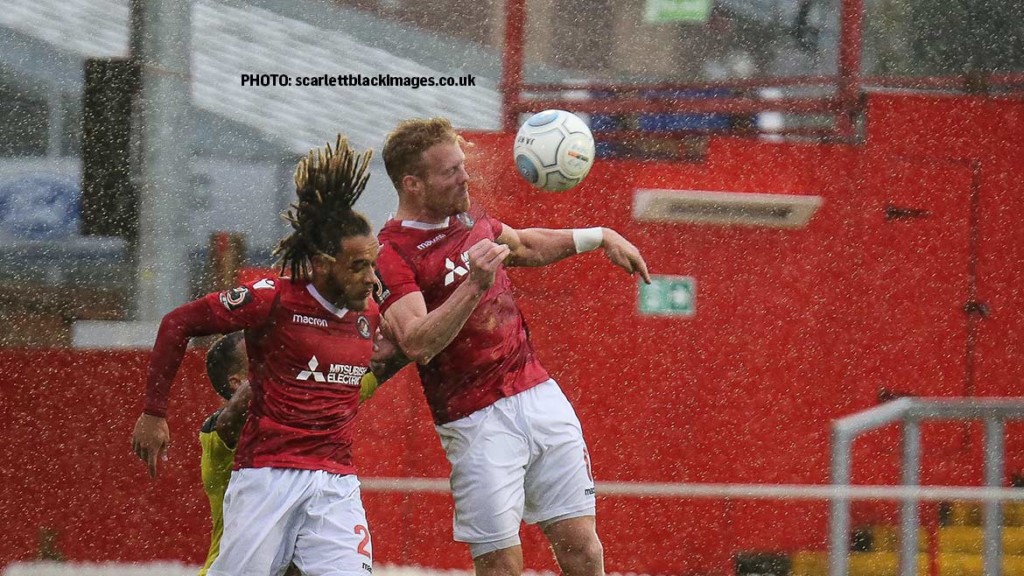 Two wins over Solihull Moors helped kick-start Fleet’s season in the last campaign, a 3-1 win at Damson Park helping lift the team out of a succession of draws and a 1-0 win at home ending the poor run of January and beginning an undefeated run that took the club into the play-offs.

Daryl McMahon – who celebrated his 36th birthday this week – will be hoping for similar when his side travel to the Midlands, though right now he’d settle just for the points with one win in eight for the visitors. Solihull have begun the season with a bang, but it’s not a major surprise to the Fleet manager whose side’s win over Moors back in February came as they were in the middle of an excellent run of form to pull themselves clear of relegation.

“They finished last season in almost championship form just to stay in the division but they’ve been a good side,” McMahon said. “Their front three is very good, with Darren Carter experienced, he gets on the ball and is good in midfield. It’ll be another tough game but luckily for us we’re away!”

Fleet welcome back Jack Payne to the fold after the midfielder returned from a month-long loan spell, despite enquiries from Eastleigh to extend his stay beyond four weeks. Payne played five games for the Spitfires, earning three wins and two draws for the South Coast side, and got through a full 90 minutes in four of those five outings.

There will be some definite changes for the visitors what with Myles Weston and Ebou Adams again on international duty and that means opportunity for Fleet’s lesser-used midfielders.

Solihull started the season as one of the favourites for relegation, having lost the services of the man who spearheaded their revival last season. Mark Yates was headhunted by EFL new boys Macclesfield Town and since been sacked from that position but his assistant Tim Flowers has seamlessly taken to the Solihull job and overseen a remarkable start, with his side in fifth place having won nine games this season. Flowers was also named Manager of the Year in the Birmingham Sports Awards earlier this month.

Seven of those nine victories may have come against clubs in the bottom half of the table, and four of Moors’ five defeats against sides in and around them at the top, but that will be of little consolation to 15th-placed Fleet.

Flowers’ side’s four-match unbeaten run came to a shuddering halt at Barnet last weekend in what their manager called a poor display but the former Premier League winner also hailed the “metamorphic turnaround” in fortunes at Damson Park.

Around half the side is still on board from the last time the Fleet and Solihull met, with skipper Darren Carter the driving force in midfield and striker Adi Yussuff the main threat up front. New arrivals include Birmingham City loanees Luke Maxwell and Corey O’Keeffe, with the latter having earned a call-up to the Republic of Ireland U21 side since he dropped into non-league. Striker Danny Wright has come in from Cheltenham, joining former Robins midfielder Kyle Storer, the pair having won this division a few seasons back and Moors are rumoured to be lining up a move for a third Cheltenham player in long-throw specialist Ben Tozer.

One doubt for Moors is Jamey Osborne, the former Grimsby box-to-box midfielder having sat out last week’s trip to Barnet.

Saturday is also Non-League Day, with Moors hoping that the international break and absence of any big games in the Championship in the Midlands this weekend swells their usual crowd of around 800.

Ed Miller has been Ebbsfleet United's communications manager and programme editor since 2014 and responsible for the club website since 2007. Contact him on ed.miller@eufc.co.uk
PrevPreviousFleet home to Worthing in the Cup
NextPowell departs Fleet for StonesNext