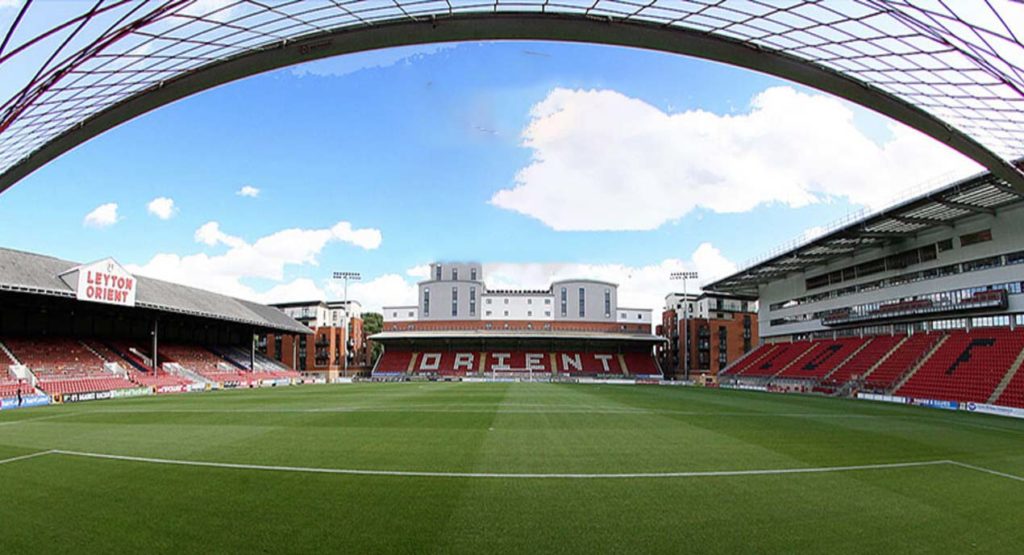 A stoppage-time equaliser is the stuff of FA Cup dreams and Fleet have form in that department at the Breyer Group Stadium, Corey Whitely’s late strike in our last visit there earning a point in a league game.

While Dennis Kutrieb may well settle for such a scenario come 4.45pm on Saturday evening, his pre-match interview suggests he’s inclined to think bigger: “Would I take a replay now?” he said after training yesterday. “I would say no because I see the chance to win the game. But if there is a replay at ours, I would love to see a packed stadium and get a win there, that’s fine for me as well!”

The Fleet go into this Emirates FA Cup First Round tie in fine form and while the draw away at an EFL club might have been kinder, the proximity of the venue means Kutrieb’s side will be backed by a hoped-for 1,000-strong noisy following with ticket sales ongoing to 4pm Friday.

Many among that fanbase will have witnessed the pair of 1-1 draws at Orient in the National League and the pair of victories that followed back at the Kuflink Stadium. And quite a few will even have endured a soggy open-air end at a pre-developed Brisbane Road when Steve Portway’s bullet header suggested some long overdue cup success in 1993.

Certainly such success is long overdue once more, with Kutrieb vying to become the first manager to outwit and defeat League opposition since Chris Weller did it back in 1995 against Colchester United. And if a positive result is the outcome, this Fleet side will become only the second in club history to win at a League ground, since the boys of 1963 triumphed at Carlisle United.

A first for the Fleet will be the potential to name nine substitutes – such are the updated competition rules in a Proper round. Will Wood is suspended for this one while a couple of niggling injuries in the camp will be assessed as the Fleet boss mulls over his starting XI having watched the O’s in action last week against Hartlepool.

Fleet certainly have no reason to feel overawed by their opponents with plenty of the men in green having previously crossed swords against the O’s. Twelve of the Fleet’s 24 squad have lined up against Orient previously in their career, with Chris Solly’s first goal in senior football coming at Brisbane Road, while Elliott Romain scored a winner there for Torquay.

Dominic Poleon has enjoyed an FA Cup win with Oldham over Orient, while Lee Martin remains undefeated against the O’s in four games and Craig Tanner in two. Both Lee and Joe Martin have also come out on top in FA Cup games against them, too.

Leyton Orient are, of course, something of a different beast since our four undefeated games against them in the National League. Having been promoted as champions despite their 2-0 defeat at the Kuflink Stadium in 2018/19, the O’s have settled back into life in the EFL with two mid-table finishes.

A period of managerial turmoil that saw Carl Fletcher, Ross Embleton (twice) and Jobi McAnuff installed in the manager’s seat looks to have ended with the appointment in May of former Millwall and Portsmouth boss Kenny Jackett – and he has raised hopes of a return to League One given the club’s play-off challenge thus far this season.

A recent wobble that saw the O’s go six games without a win, and three of those without a goal, came to an abrupt end last weekend as Jackett’s side smashed five past hapless Hartlepool in Dave Challinor’s final game in charge of the visitors.

There aren’t many survivors from Orient’s last game with the Fleet, with only midfielder Craig Clay and goalkeeper Sam Sargeant still on the books. Former Dover loanee Ruel Sotiriou will likely feature at some point up front with top scorers Aaron Drinan and Harry Smith likely to occupy the Fleet defence.

Home boss Jackett said of the game, “If you can have a run in the cup it can supplement a good league campaign. I’ve seen Ebbsfleet a few times, last season and this season, and they’re well coached. They’ve got a nice way about them, aspirations to go up – they have a good chance and they’ll enjoy coming here. They have some useful players.”

But he has resisted the urge to make wholesale changes, declaring a preference to keep his lineup consistent following the impressive win over Hartlepool.

• You can buy and collect tickets right up to 4pm Friday – any uncollected tickets may be retrieved on the day from Orient’s ticket booth on Oliver Road (beside the Ticket Office in the (main) Justin Edinburgh Stand. The home club will also be selling remaining tickets on the day from their ticket office.

• Leyton Orient is a cashless stadium so payment is by card only.

• Fleet supporters will be seated in the East Stand. Ticket holders with tickets marked for North Stand should also make their way to the East Stand on Brisbane Road. Stewards will be on hand to (re)direct you.

• Tickets on sale on the day are available only at Orient’s Ticket Office at the front of the Justin Edinburgh Stand – payment is card only.

• If you cannot make the game in person, BBC Radio Kent will be broadcasting live online with Charles Webster and Adam Mekki.

• Any replay will take place at the Kuflink Stadium on Tuesday, November 16th.

Ed Miller has been Ebbsfleet United's communications manager and programme editor since 2014 and responsible for the club website since 2007. Contact him on ed.miller@eufc.co.uk
PrevPrevious“I can feel the players’ excitement”
NextFresh cut for KreshNext