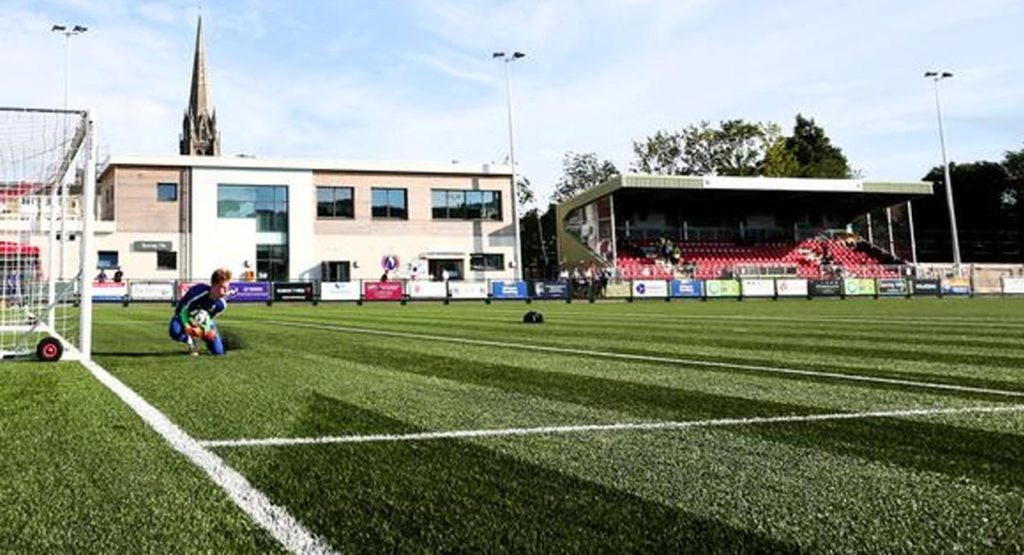 First versus second is hardly a rare occurrence in football – depending on how the fixtures pan out, a meeting of the top two in the division could take place several times across the space of nine months.

Saturday’s clash pits leaders Dorking Wanderers – finally at the summit in 2022 despite the bookies’ favourites spending much of late 2021 languishing unexpectedly outside the top seven – against the Fleet. And the balance is certainly tight. Thanks to the home side’s 3-1 win at Dulwich in midweek, they enjoy a four-point cushion but that could be offset by Fleet’s two games in hand. So while the stakes might not be decided this Saturday, they are indeed high.

With games at Maidstone and Dartford to come, plus Hampton and St Albans at home, it’s an intensive period for the Fleet but asked if he had any concerns about the immediate fixture list as he prepared to face Dorking, Dennis Kutrieb said his side would not approach games with any apprehension.

“I am not concerned, if I was concerned on a Thursday night we would have a problem!” he said. “I’m really looking forward to it. It’s a good situation, everyone is fit, everyone wants to play. We have good opponents, first in the league, then third in the league.

“It’s exactly where we want to be. It could look a bit awkward in a couple of weeks if we don’t get the points but I think the other way – if we get the points we want to get and which we’re definitely able to get, then maybe it looks even better than at the moment.

“We won’t win or lose the league in the next five games either way. And I’m confident and positive as always.”

Fleet come off the back of a 3-3 draw with Woking in a friendly last week, having sat out the league fixtures that weekend, whereas Dorking have played twice with a hard-fought win at Hampton and a somewhat more straightforward victory at Dulwich.

While Dorking’s midweek win was impressive, it didn’t come without cost as goalscorer Jason Prior suffered a broken collar bone. Marc White’s side, however, are perhaps less reliant on the serial promotion winner than in previous seasons with Alfie Rutherford’s hat-trick at Dulwich taking him to 17 league goals, while McShane has seven to his name as well, from just nine starts.

White resisted the urge for wholesale changes to his side following the season’s abandonment as they sat atop the table. In have come Bobby-Joe Taylor of course, plus Josh Taylor from Havant and Callum Kealy from Sutton United.

Summer signing Lee Worgan spent only a short time between the posts before departing for Eastbourne, that role currently taken by Dan Lincoln signed from Bognor Regis Town, who also happens to play county cricket for Kent. Another more recent signing is Jordan Cheadle, who played against us already this season for Carshalton Athletic in the FA Cup, while Darren Oldaker has also been added from Hythe Town.

Former Fleet favourite Luke Moore continues to get plenty of involvement at the age of 33, though most of that is from the bench.

Dorking’s meteoric rise has not been done by relying solely on big-name signings. Certainly Dorking have a few of them – Prior, for one, plus ex-Gillingham skipper Barry Fuller, Bobby-Joe Taylor and former AFC Wimbledon defender Callum Kennedy. But elsewhere, Dorking have unearthed players from the divisions below, or in the case of six or seven of the squad, have developed players who have been on the promotions journey with them over the past five-plus years or so.

Early season injuries saw the Surrey side surprisingly fail to sparkle – defeats to Concord, Hungerford, Tonbridge and Slough were surprising to say the least. And even more recently, Dorking have been on the end of a 4-1 hiding at Chippenham. That defeat in early December put Dorking in 13th place and seemingly out of the running but form since then has been excellent – seven wins in quick succession and plenty of goals: four against Oxford City; three each against Welling, Havant and Dulwich, plus that 8-0 thrashing of Havant again.

Of course Fleet enjoyed their own seven-game winning streak as well as nine wins from 10, which makes this Saturday’s fixture particularly intriguing for the neutral – and hugely exciting for the partisan.

If anything has let Dorking down this season it’s their away form where they’ve lost four times – at Meadowbank they have won all but one of their fixtures, the honour of that single defeat going to Hungerford Town back in August.

Fleet have visited Meadowbank twice before – once in the Nineties when previous tenants Dorking owned the ground and also this time last year, when Wanderers ran out 2-0 winners. It was 1991 at a very different and undeveloped Meadowbank that Fleet narrowly beat Dorking 4-3 in an FA Cup thriller watched by just 203 – the visitors can expect to travel with at least as many as that come Saturday!

• Online ticketing details if required plus information about car-parking and segregation can be found here.

Ed Miller has been Ebbsfleet United's communications manager and programme editor since 2014 and responsible for the club website since 2007. Contact him on ed.miller@eufc.co.uk
PrevPreviousDorking match: travel and ticket details
NextDorking Wanderers 5-1 FleetNext