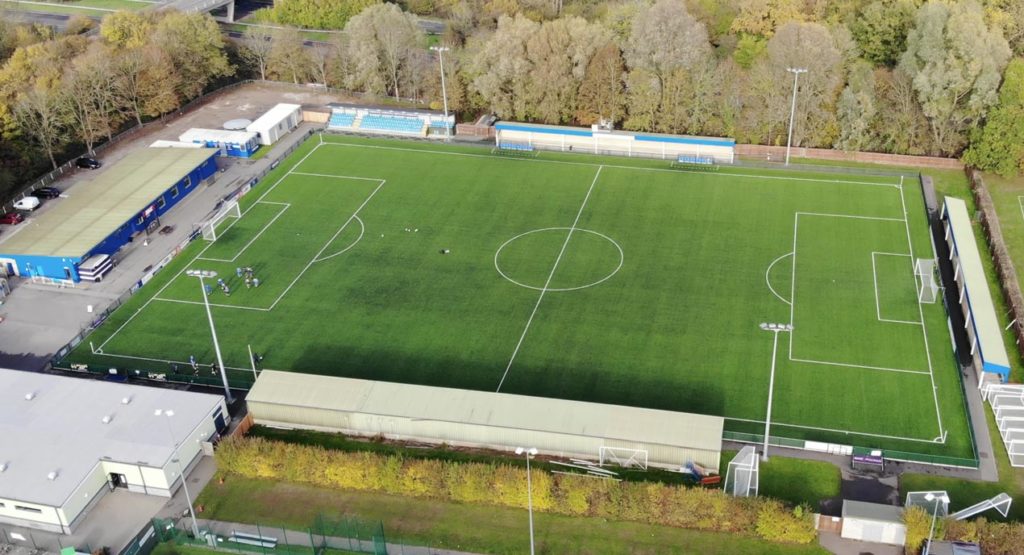 Fleet’s rise into the higher echelons of the division through late September, October and early November was always on a collision course with the crunch games before and after Christmas. Maidstone, Oxford City, Dulwich Hamlet, Dartford and St Albans City all loomed over the horizon and with the FA Cup adventure out of the way, Dennis Kutrieb said as much, stating that the tough six or seven games ahead would provide some stiff competition – and some exciting matches.

Oxford City have long been stiff competition where the Fleet are concerned. Always just below the radar, they have quietly established themselves as a strong contender in the division. Having reached the Conference North play-offs in 2015, they switched south and the following season knocked us out of the FA Trophy, while remaining unbeaten against us in the League.

While their finishing positions have usually settled into somewhat disappointing mid-table, they tend to start a campaign very well indeed – last season they were fourth when the games were curtailed and this time around they lie in the same place, a point behind the Fleet having played a game more.

“I said at the beginning of the season I liked Oxford,” said Dennis Kutrieb. “I’ve seen them now a few times, they have a really good setup, they like to play football and they like to play out from the back. They have good defenders, good strikers and in the midfield as well are strong. But I’m not afraid of that, I’m looking forward to play there because we have a good team as well. I think it’s going to be a really good game for this league with two quality sides and we need to be ready and recover.”

The Fleet boss made no great secret of the fact that some of those who sat out the FA Trophy match at Cray Wanderers would figure in midweek at Oxford. Kieran Monlouis limped out of that one after pulling up during a run forward in the second-half, while skipper Lee Martin remained on the injured list prior to the weekend.

The chatter off the pitch amongst fans is about the chance to top the table, but Kutrieb will put any such stats secondary to achieving the three points, with Fleet looking for their ninth win of the league season and also the chance to claim the best goal difference in the league.

Oxford aren’t far behind any of those stats themselves. Managed by former Leicester City and Luton Town midfielder David Oldfield, they have survived the loss of talismen James Roberts and Joe Oastler to Havant & Waterlooville in the summer. Operating a small squad, Oldfield has got the most out of a player who moved in the other direction, former Havant striker Joe Iaciofano having scored seven, backed up by young prospect Harvey Bradbury.

The Hoops have nurtured a couple of other players to great effect, including defenders Dan Matsuzaka and Zac Asare, while former Fleet centre-back Charlie Rowan – who was red-carded on Saturday – has slotted in well. Their defence has conceded 13 this season, the joint second best in the division after Dartford and alongside Havant.

There’s some experience, too, with former Torquay striker Elliot Benyon (who played against us at Wembley in 2008), ex-Oxford United and Northampton man Alfie Potter and in midfield Reece Fleet, now in his seventh season at Marsh Lane.

Like the Fleet, Oxford will be looking to shake off a Trophy hangover having suffered something of a mauling at home to St Albans by 4-1. That was their first defeat at home since the only other one, a 3-1 loss to Maidstone United in September.

Indeed that was the Hoops’ only league defeat so far in 2021/22 and they are currently on an eight-match unbeaten run – certainly a target the Fleet will aim to topple this Tuesday. However, they are also something of a draw specialist, with six the most in the division.

This is Fleet’s fifth visit to Oxford City in all and our first since our only win there in December 2016. Since then, a 4G pitch has been laid, making it two games in four days on that surface for the Fleet.

Ed Miller has been Ebbsfleet United's communications manager and programme editor since 2014 and responsible for the club website since 2007. Contact him on ed.miller@eufc.co.uk
PrevPreviousDistractions and small margins
NextOxford City 1-0 FleetNext