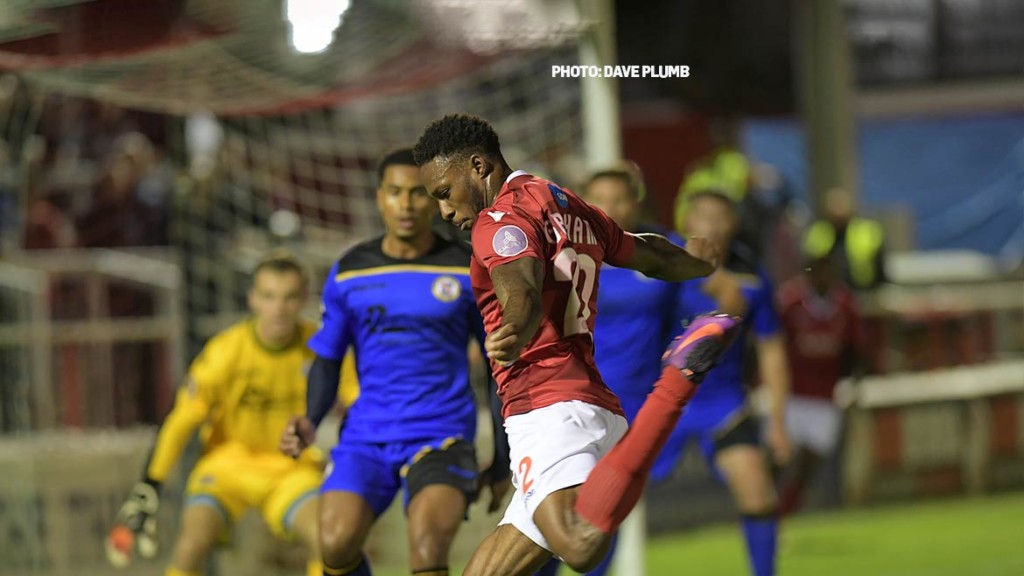 As final games of the season go, Fleet supporters are in uncharted territory, this being only the second time in six years there hasn’t been the promise of extending the campaign beyond its limits.

Eighth place is the maximum the squad can achieve now, with Gateshead (home to Barrow) and Sutton United (away at Dover) capable of overhauling the Fleet. Eighth place would be the fourth highest the Fleet have ever finished, following last season’s sixth (plus fifth in 1979/80 and seventh in 2006/07).

For Garry Hill, the play-off dream may have subsided but he still wants to win a football match and a Kent derby.

“Every game’s important, whether we won or lost [last Saturday],” he said following the defeat to Dover Athletic. “We’ve got 46 games and we will go out there on Saturday, hopefully with a large number of supporters again and we will give everything and we will try and get the three points.

“If you’re not going to be in the top seven, you want to be eighth. If you’re not going to be eighth, you’ve got to be ninth. Every team that plays under me has got to give everything. I’ve tried to instil that [attitude] with honesty and commitment ever since we walked into the football club and I’ve got nothing but praise for the supporters and everybody around the club for what they’re trying to do at the present time. United you stand, divided you fall.”

A win for Bromley would lift them one place into the top half of the table (12th) which is a mild disappointment following last season’s Wembley appearance in the FA Trophy Final and the ninth-place finish achieved in the National League.

They could also do the double over the Fleet, having won 2-1 at the Kuflink Stadium earlier in the season. Neil Smith’s side are also unbeaten in five Kent derbies this season and on home soil will be more than prepared to finish the job.

Striker JJ Hooper has 13 goals in all competitions this season while former Fleet favourite Luke Coulson, who has scored four since his move to Hayes Lane, will be eyeing a headline-grabbing finale.

Despite Fleet’s poor end to the season, Bromley are in slightly worse form having won only one of their last six (though that was against champions-elect Leyton Orient). Their home form, however, has been decent enough and of a similar level to many of the play-off contenders but 11 defeats on the road has marked an inconsistent season for Smith’s squad.

The match is segregated and Fleet fans can still purchase discounted advance tickets and get more information HERE. Kick-off is at the earlier time of 12.30pm.

Ed Miller has been Ebbsfleet United's communications manager and programme editor since 2014 and responsible for the club website since 2007. Contact him on ed.miller@eufc.co.uk
PrevPreviousAdvance tickets for Bromley game
NextBromley 5-1 FleetNext