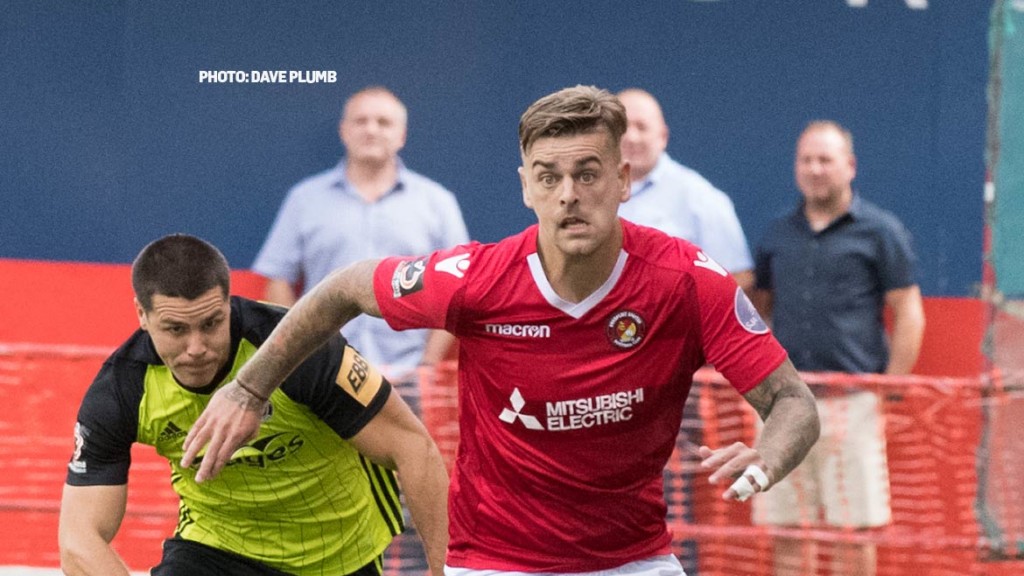 The season reaches its halfway stage and with it Fleet have the opportunity to complete their first double as Garry Hill’s side travel to Aldershot for this first return fixture of 2018/19. A 3-1 win over the Shots at the Kuflink Stadium in August came in the middle of the Fleet’s best run of the season and this meeting at the EBB Stadium arrives as the visitors look to extend their unbeaten league run to seven games.

Scene of the most exciting moment of last season’s run to the play-offs when the Fleet saw off Aldershot in a penalty shootout, this Saturday’s league fixture at the EBB doesn’t carry quite the same weight but three points for the visitors will have Fleet fans looking up instead of down for the first time in months.

Garry Hill has enjoyed a few battles with Aldershot down the years in his time as manager of their great rivals Woking and he goes into this game with some excellent news regarding his goalkeeper. Nathan Ashmore will not face a ban from the Football Association who heard depositions from the club and Ashmore and also took into account the referee’s report.

Elsewhere in the squad, however, Fleet will just about be able to fill the bench with Andy Drury and Dave Winfield doubtful following their early withdrawal from Tuesday night’s draw at Maidenhead. Sam Magri (pictured) or Chris Bush will likely deputise for Winfield if he does indeed miss out. Bush received his fifth yellow card of the season at Maidenhead but under new rules this summer, the fact he got one of those in the FA Cup means it doesn’t count towards suspension in the National League. The pressure on a host of other players on four yellow cards should ease after Saturday as the cut-off point for suspension after five yellow cards is 23 league matches.

Aldershot have injury concerns of their own. Striker Scott Rendell and defender George Fowler have both sustained serious knee injuries and they’re added to a casualty list that includes skipper Karleigh Osborne and midfielder James Rowe. There is also a question of defender Lewis Kinsella being suspended with him listed by the FA as having picked up five yellow cards but discussion of him only having received four.

With Rendell missing and former Cheltenham front man Dan Holman having recently departed, manager Gary Waddock has been quick to fill the gap, signing prolific Reece Grant from Braintree Town. It’s an option the Shots definitely need as only Chesterfield have scored fewer goals than Waddock’s side this season and they managed just one league goal through November. Nonetheless, Aldershot are only three points behind the Fleet, despite languishing in 16th place to our own 10th.

The home side lost their last game at the EBB, going down 2-0 at home to Barrow but they battled to a morale-boosting goalless draw at league leaders Leyton Orient on Tuesday night. It was a rare clean sheet for a side that has conceded three goals to ourselves, Gateshead, AFC Fylde and Chesterfield already this season, plus four at Salford City recently.

For all Aldershot’s woes, however, the Fleet will still have their work cut out as the Shots’ home record is more than satisfactory with 20 of their 25 points this season coming on their own patch.

There will likely be a reunion with former full-back Marvin McCoy who missed the game at the Kuflink Stadium through injury. McCoy, who won promotion with the Fleet and saw a penalty saved in last season’s dramatic shootout at Aldershot, has played eight times since recovering from his early-season setback.

• The match has been classified as segregated by the Police so Fleet supporters will need to enter the ground via the Redan Hill turnstiles through the park as last year. Supporters can pre-book tickets at this link.

Ed Miller has been Ebbsfleet United's communications manager and programme editor since 2014 and responsible for the club website since 2007. Contact him on ed.miller@eufc.co.uk
PrevPreviousFleet boss opens up on player movements
NextAldershot Town 0-2 FleetNext