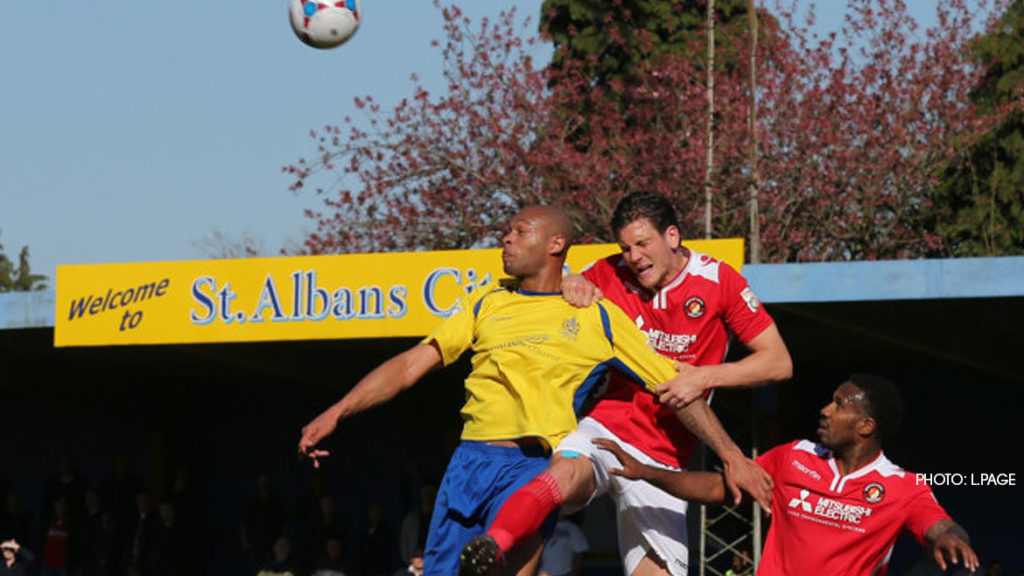 Solihull Moors would have been the final visitors of this season to the Kuflink Stadium today and who knows what would have been riding on the occasion by this stage, a day that was also to have seen the Fleet squad join their shirt sponsors in the Main Stand bar for presentations.

As it is, once more we are left to dwell on ‘what ifs’ while looking back on April 18th in Fleet history… a date that saw us play in front of more than 8,000 people in our first Kent Senior Cup Final in 1949 (a fixture that also wasn’t completed in time, the decisive replay taking place the following season), while more recently we fell to defeat at Luton watched by nearly 6,000 at Kenilworth Road. In between, Fleet’s fortunes have been mixed but with eight wins and eight defeats on this day, it seems we’ve struck a balance on April 18th.

18th April 1992
Fleet 1-1 Dartford
This was to be the last league meeting between North Kent’s two old rivals for 18 years as troubles descended on the Darts, pulled into the financial mire by the failings of tenants Maidstone United. Fleet had plenty of problems of our own, bottom of the league, 17 points adrift and already relegated from the Southern Premier by this stage – reflected in the low turnout of just 836 at Stonebridge Road for a North Kent derby (although that was still double Fleet’s average at the time). Midfielder Jason Eede got the goal that cheered those of a red persuasion in the crowd, his 70th minute strike equalising John Leslie’s opener for Dartford shortly before half-time. Dartford, in sixth place, were the more disappointed of the two clubs with the draw and although relegation was Fleet’s fate, manager Garry Aldous had already begun assembling the side that would thrill home fans for the next two seasons, with the likes of Ian Gibbs, Simon Ullathorne, Lee Graves and Peter Coffill already on board.

18th April 2001
Fleet 5-4 Folkestone Invicta
A topsy-turvy Kent Senior Cup semi-final, this Wednesday night clash under the lights came at a busy time with Fleet playing 15 games in April and early May. Off the back of a strong winter performance in the league that took the club to third by mid-April and would stand Andy Ford’s side in good stead for promotion the following season, Fleet were going well on two cup fronts as well, qualifying for both the Ryman Full Members Cup Final and the county’s Senior Cup. It took the odd goal in nine to separate us from Folkestone, however, with Jimmy Jackson (2), Darren Smith, Che Stadhart and Danny Jeffery just about doing enough to see off the club we’d defeated in the final a year earlier. It was a good end to the season for Fleet fans who saw their side win five games from six including two cup finals (v Dover and Purfleet) and finish sixth in the Ryman League.

18th April 2015
St Albans City 1-0 Fleet
The end of a troubled season and the end of Jamie Day’s reign as manager came to a head in this damp squib of a defeat in Fleet’s final away trip of the 2014/15 campaign. Off the back of a fractious away trip and defeat at Bath City, Fleet’s lingering play-off hopes had long since dimmed and thoughts were already turning to how best to turn around what had been a dismal tilt at National League South promotion. That was no excuse for this display as Fleet fell to Jack Green’s goal against the run of play on 22 minutes and lacked the life or desire to get back into this dead rubber of a game. There was plenty of Fleet support on a sunny afternoon amongst the 777 fans but it was the end of the road for manager Day, sacked a few days later to be replaced by Daryl McMahon, released by Boreham Wood to return to Stonebridge Road for the last game of the season. It was the end, too, for a few Fleet players, with Luke Rooney, Tyrone Marsh and Theo Lewis amongst those who barely played again for the club.

Ed Miller has been Ebbsfleet United's communications manager and programme editor since 2014 and responsible for the club website since 2007. Contact him on ed.miller@eufc.co.uk
PrevPreviousPaul Saunders
NextKing of the roadNext 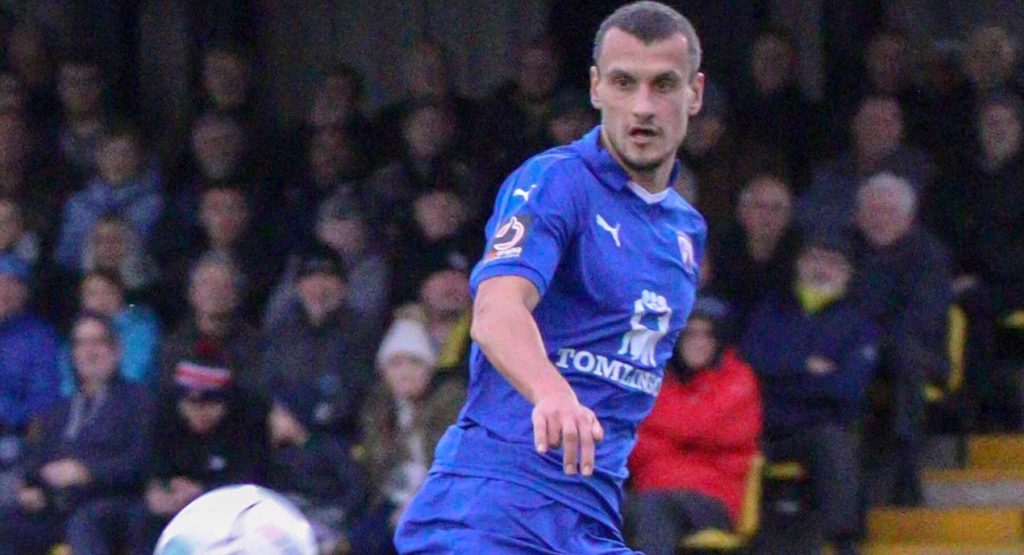 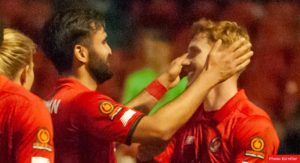