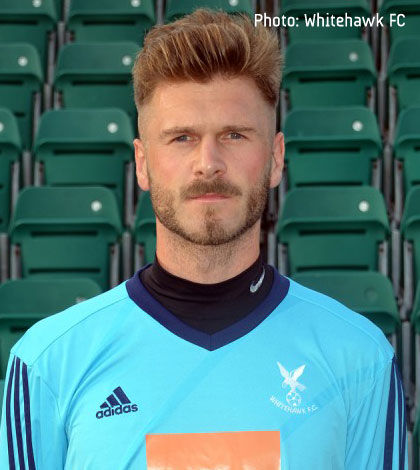 From one set of Hawks to another, Ebbsfleet United travel to The Enclosed Ground to take on much-fancied Whitehawk following on from the 1-0 win over the Hawks of Havant & Waterlooville.

It is Fleet’s first away visit of the season and with the Fleet Trust away travel sold out, fans are clearly in the mood to get back on the road with their side. With just one goal conceded in six friendlies and two league games, Whitehawk – despite what might be termed an indifferent start to the season – should provide a solid test for Fleet’s back line.

Manager Steve Brown was largely satisfied with his side’s overall display against Havant, especially the comfort with which his defenders snuffed out the visitors’ strikeforce. With Billy Bricknell back from injury and Dean Rance and Joe Howe in training again, he has a few more options to choose from. The away visit may come too soon for Tommy Fraser to turn out against his old club, while Ben May is still some way from fitness.

That means Michael Corcoran is on standby for a midfield berth, though with Rance in the reckoning it will depend on Brown’s desire to tinker with a winning side.

Fleet, albeit having played a game fewer than most other clubs, have a 100% win record and a clean-sheet sequence to protect at Whitehawk, where they picked up a 1-1 draw last season. They also picked up a couple of injuries (Michael West sustained his long-term injury there) and Brown has spoken of his wariness of the Hawks’ playing surface – one reason he may not risk bringing back players from a lay-off.

There is no shortage of familiar faces in the Whitehawk defence, with Lance Cronin (pictured), Osei Sankofa and Paul Lorraine manning the back line. All three have played in all of the Hawks’ games so far this season, shipping two goals at home against Staines and four at Bromley. They will have been glad to have kept a clean sheet at Hemel Hempstead in Whitehawk’s first win (2-0) of the season.

Elsewhere, the talent is liberally dotted throughout the Hawks’ line-up: Sergio Torres was at Peterborough and helped Crawley from the Conference to League One. Matthew Barnes-Homer has played for plenty of the top Conference clubs including Kidderminster, Luton, Macclesfield and Cambridge; Jake Robinson was at Brighton, Shrewsbury and Northampton; two-goal Sam Deering at Cheltenham; John Paul Kissock at Luton, Oldham and Macclesfield; defender Lee Hills played regularly for Crystal Palace and Stevenage; and that’s not to mention Danny Mills who scored 18 last season in a troubled Whitehawk side.

The bulk of those players could likely sustain football in the division above at least. It remains to be seen whether manager Steve King can coalesce them into a side capable of challenging for the Conference South title.

His side haven’t had the best of starts, losing their first two games. But a win at newly promoted Hemel Hempstead on Saturday is a springboard they will use against the Fleet, a game which is sure to be a measure of which of the two much-fancied sides are better equipped for a tilt at the title. Indeed King has downplayed his own side’s obvious riches to label the Fleet as favourites ahead of the game. “Everyone is looking forward to the Ebbsfleet game on Saturday,” he said. “It’ll be the toughest game of the season against the favourites for the league title. Ebbsfleet are a full-time side and will be a good measure for us, an opportunity to see how far we have come.”

Ed Miller has been Ebbsfleet United's communications manager and programme editor since 2014 and responsible for the club website since 2007. Contact him on ed.miller@eufc.co.uk
PrevPreviousFleet 1-0 Havant & W.
NextWhitehawk 1 Fleet 0Next