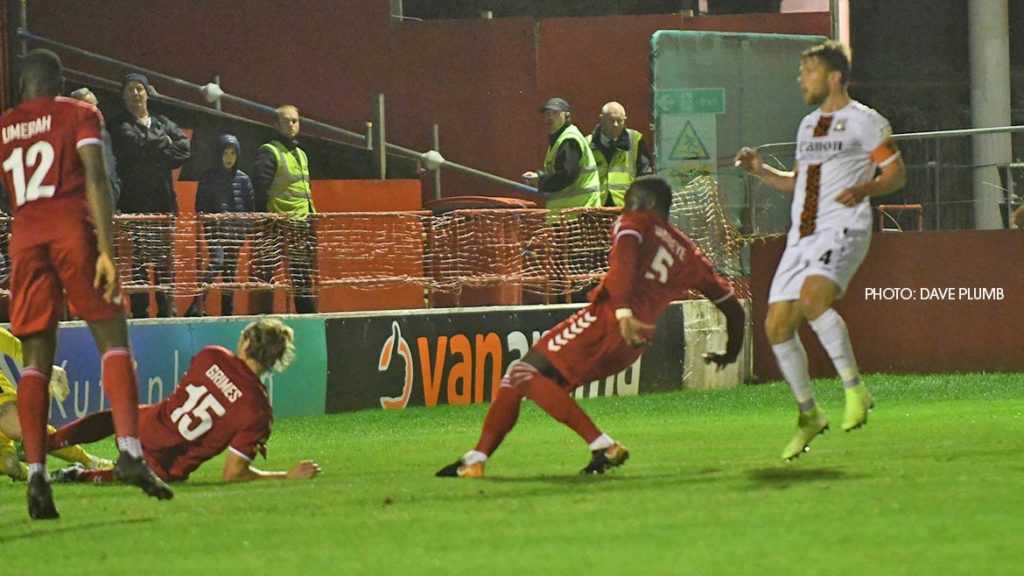 League sponsors Vanarama hope you will get involved as MANarama makes a very big return!

The Good, the Bad and the Ugly…
Passionate displays at Woking and Dover and a home to Barnet set the standard. Now to find that level of consistency – and avoid a repeat of the Barrow horror show at all costs.

What about the others in September?
There wasn’t too much movement down the bottom but all the sides in the lower reaches put wins on the board. Two gut-busting runs at the top keep things interesting. Yeovil won six from six in September, it’s seven overall. It’s not been too bad for Barrow either – five straight wins is their best run since 1968. Hot shot Boreham Wood striker Kabongo Tshimanga also managed to score six times in those four weeks.

The high point?
The romp over Barnet, perhaps the surprise result of the season considering the Bees form. Can Fleet dig out more of those type of performances?

Star performer…
Ayo Obileye is starting to prove his worth at both ends of the pitch, while Myles Weston had a solid month.

Stat attack:
Talk about your fine lines. Just one win arrived in September, but actually the opposition only scored one more goal than Garry Hill’s team last month.

From the manager’s office…
New month, new players. Garry Hill said: “We know we’re in a battle – players will be coming into the club, there’s no doubt about that. We’ll have to strengthen now and hopefully push on.”

How do things compare to last September?
Here’s a plus point, this September was actually better than the last. A year ago, the side won one of seven, collecting five points overall. This time a six-point return won’t be seen as a disaster.

What does October look like?
It appears it could be a big month. As things stand, the highest placed team they face in October is Torquay United in 10th. Games against Chorley, Sutton and Maidenhead already look big ones.

While we’ve got you, we would love you to…
Get involved with the MANarama campaign as we try to combat Prostate Cancer.

Give… donate to Prostate Cancer via text

Go… then bring others into play by sharing on social media with #GiveAndGo.

The National League sponsor Vanarama have recently launched the Club Reward scheme to help fans back their club’s budget. Every time a fan takes out a brand new van lease with Vanarama or a brand new car lease with Motorama their club will earn £100 and you will receive £30 cashback!