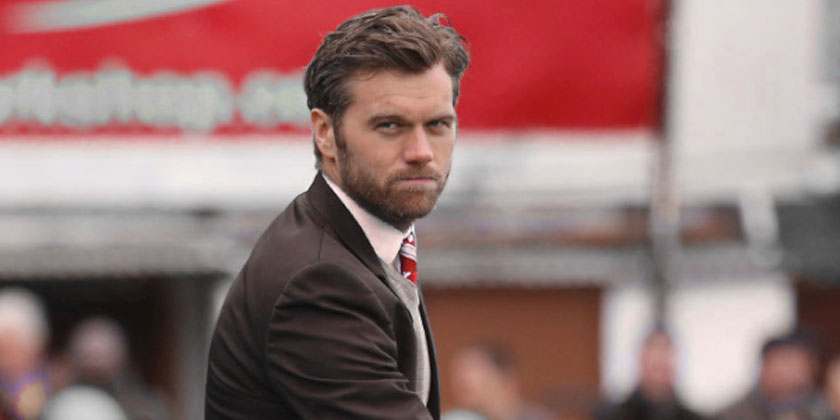 It’s great to be back at Stonebridge Road this afternoon for the first time since the win over Chelmsford City that achieved our dream of National League football. The memories of that afternoon will I’m sure live with you as long as they will me.

Our feet have barely touched the ground in the close season and myself and the club’s management staff have been hard at work getting the squad as we need it for the greater challenges of the season ahead.

The annual week in Portugal has proven to be an extremely useful exercise on several fronts and that was very much the case once again this time around, when we were able to measure the players’ fitness, get plenty of conditioning work under our belts and help the new members of the squad bond with what is already a very tight-knit group.

This afternoon we face what is a very talented squad of young players from Tottenham Hotspur.  I know a lot of them from working at Spurs previously. Wayne Burnett is now their U23 manager and I worked under him at Dagenham. He’s assisted by Justin Cochrane, who’s one of my best friends and probably one of the best young coaches in the country. They’ve got a fantastic coaching network up at Tottenham and some really terrific young players.

You’ve only got to look at the last five years, the kids coming through their system – the Townsends, Livermores, Harry Kane… they’re all pretty good! There is a bit of a conveyor belt at the football club so this will be a game we’re looking forward to and a really good test to set ourselves against their best and brightest prospects.

I’d like to thank Wayne and Spurs for bringing their side here today. Of course, the game came about as part of the deal that saw Shilow Tracey go from Stonebridge Road to White Hart Lane and having coached Shilow through our academy I’m both proud and pleased to continue to monitor his progress. I welcome him back “home” this afternoon and I’m sure he’ll do the club proud as his career continues.

We’ve had two workouts against Shrewsbury Town and Tonbridge prior to this one and it’s all about getting the players a runout at this point in pre-season; as these games continue over the coming weeks, I’ll expect to see better form coming to the fore, but the results aren’t the be all and end all at this stage.

In the past week, we’ve added Luke Coulson to the squad and like many of the players we’ve brought in this summer, he’s got proven ability and is at the right age where he still has something to prove. He’s an extremely adaptable player and that’s another thing we’ve concentrated on this summer, getting in players who can provide plenty of cover and competition in various positions without making the squad too big.

I’m sure you’ll join with me in welcoming all of our new additions to the club as we embark on a new chapter.

We are of course here for another reason today and that’s to remember Paul McCarthy. Football is a tight-knit family, especially when something like this happens and – as the recent passing of Bradley Lowery has shown – the football community rallies round: directors, management, players and fans all dig deep to help. If my staff and players can play any small part in helping to remember Paul this afternoon and show his family how much regard everyone at this club held for him, we are proud to do so.

Ed Miller has been Ebbsfleet United's communications manager and programme editor since 2014 and responsible for the club website since 2007. Contact him on ed.miller@eufc.co.uk
PrevPreviousAcademy issues trials date
NextFleet offer reduced admission for friendliesNext