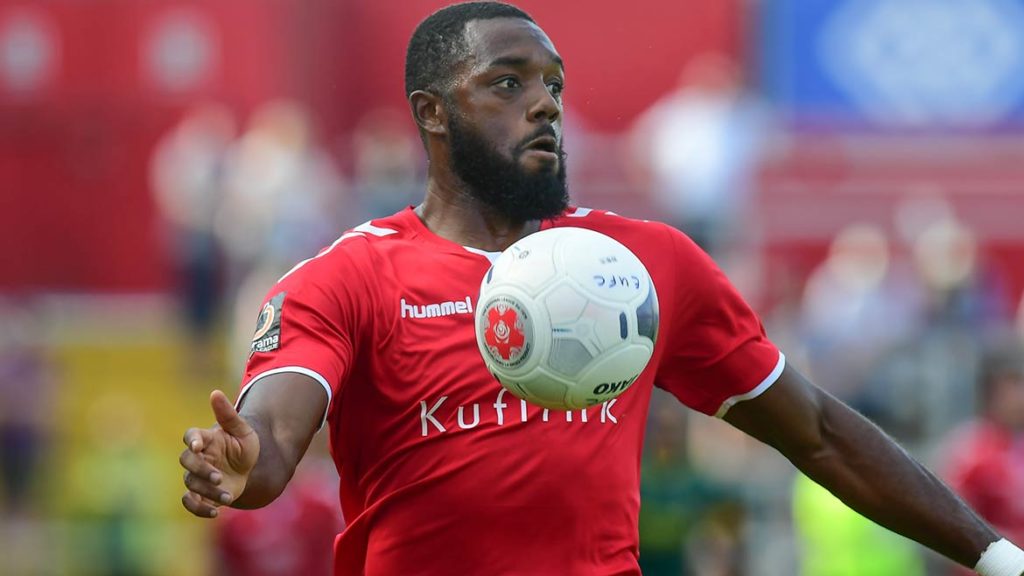 The last time Gozie Ugwu scored for the Fleet – against Wrexham – was the last time fans cheered a National League victory. Indeed, bar one game out of seven in which he’s scored, Fleet have won every time Ugwu has found the net and this afternoon was no exception.

Ugwu pounced on 18 minutes to deliver a shot that ultimately proved the difference between one point and three and he was predictably pleased to get going for the season.

“As a striker it’s always good to open your account,” he told BBC Radio Kent’s Charles Webster. “I would have liked to have done it earlier but it’s all good, I’ve done it now. Hopefully it’s something to build on now.

“I’m more delighted to get the win on the board, I think we deserved it, especially with the last few games where it’s not been going our way. But I think the last two games it’s slightly been turning for us so I’m just happy to get the three points.”

Ugwu regained his starting place after coming off the bench against Notts County and enjoyed a bruising battle with his former Boreham Wood teammate Tom Champion. Booked for an incident that left the home defender with a cut under his eye, the two players came together after the match to shake hands as Ugwu maintained any contact was an unintentional coming together.

But the Fleet striker preferred to concentrate on the fact his side are getting to know each other a lot better as we approach the end of August.

“I was able to show in the last game and especially this game,” he said, “what I can do which the fans and the players know but it’s getting to play with each other and know each other’s strengths.

“[Clicking as a team] is the flip of a coin really. When I came on loan last season I didn’t really know the players then but we clicked straight away and this squad, we had to take a couple of games to click. Hopefully now, it’s starting to go for us in the right way and we can just build on this performance today.”

Ugwu had to watch the agonising final moments of the game from the sidelines after being replaced by Alex Lawless but said the dressing room was more focused than relieved in the aftermath.

“It was more a sense of, we’ve got the first win, now we build on it,” he said. “Now we’re just looking towards the next game, Aldershot. It was a sense of we’ve done it. I always enjoy scoring at our home ground so hopefully I’ll be able to that against Aldershot.

“We deserved it, we knew it was coming and we were just biding time,” Ugwu continued. “We’ve been looking to do the right things each game and we’ve been a bit unlucky with the goals we’ve conceded, sloppy goals, so if we just take that out of our game, we can definitely come out with a point or three.

“We started off really well, we started on the front foot and I think it was just from there we were building and looking to take it into the second half.”

Ed Miller has been Ebbsfleet United's communications manager and programme editor since 2014 and responsible for the club website since 2007. Contact him on ed.miller@eufc.co.uk
PrevPreviousI’ll donate that to the supporters
NextHolmes stays home to concentrate on FleetNext