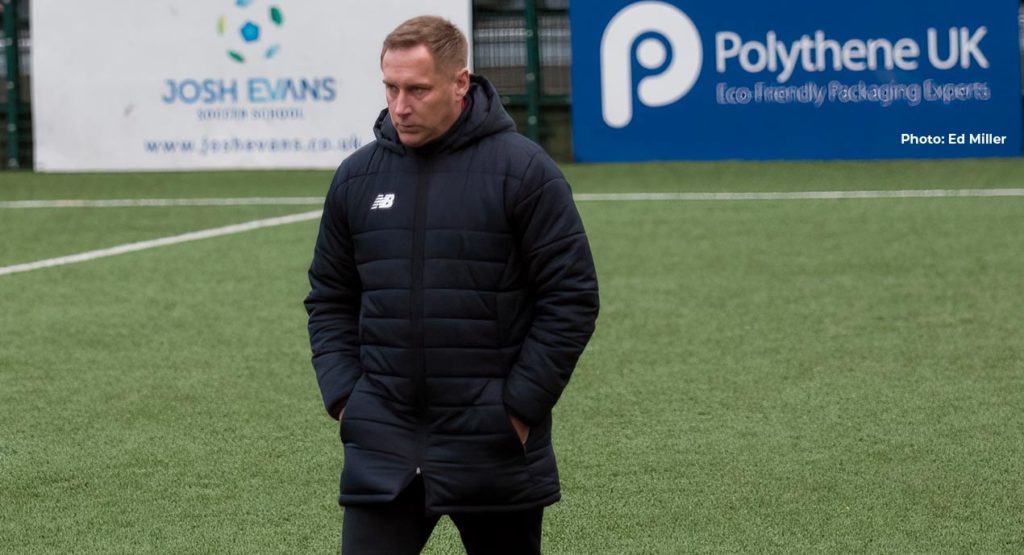 Dennis Kutrieb’s immediate instruction to his players after the final whistle at Meadowbank yesterday was to forget the defeat, rid it from their systems and start again with Tuesday’s quick turnaround against Maidstone United.

The Dorking match might also have been a completely different game with Fleet having carved out good chances to lead before the first two fouls of the afternoon produced two yellow cards.

“We have to take it,” said Kutrieb. “The game after 17 minutes, it’s gone. We came good in it, but we need to be 2-0 up after five minutes. We had two great chances so it would have been a great game for everyone. But as I say week in, week out, it’s not easy to deal with the referees. I watched Southend United yesterday and they got a penalty in the 92nd minute, a ridiculous penalty. I was sitting in the stands and hoping we get a good referee today but you can see [the standard] even in the league above.

“But it is what it is so we have to take it. We know it because every week it’s the same. A red card after our second booking after 17 minutes, then of course you could see the game was completely changed. We tried to sit a little bit deeper but you could see [Matt] Briggs is an outstanding player in this league, we didn’t stop him in the right moments and he scored three goals. He was a big difference today.

“If you play a top game and you play against the top opponent and you need to play for more than 17 minutes… 70 minutes with 10 men, it’s a little bit tough to get the right mindset in your head. I think after half-time you could see we were on top of them for a few minutes but we need to score the equaliser [from Dominic Poleon’s chance] two minutes into the second half. So we shouldn’t forget that and then we’d have a different game. But you could see after the second goal [Dorking’s] confidence, and before half-time – they are top of the table, they’re a good side. But it’s tough to take for the boys because if you play a top game and you’re down to 10 men after 17 minutes, it’s tough for the mindset.”

With Sido Jombati and Rakish Bingham both leaving the field with knocks, the Fleet’s medical team will make a judgement call on those before the short trip to the Gallagher Stadium.

“We can definitely make changes for Tuesday and that’s what we will do because we have a big squad,” said the Fleet boss. “We are capable of doing it and that’s the reason why we have a big squad. As you could see, there were a few issues today with injuries so we have to see tomorrow who’s available but that’s fine for me.”

Ed Miller has been Ebbsfleet United's communications manager and programme editor since 2014 and responsible for the club website since 2007. Contact him on ed.miller@eufc.co.uk
PrevPreviousDorking Wanderers 5-1 Fleet
NextMekki banks on bouncebackNext