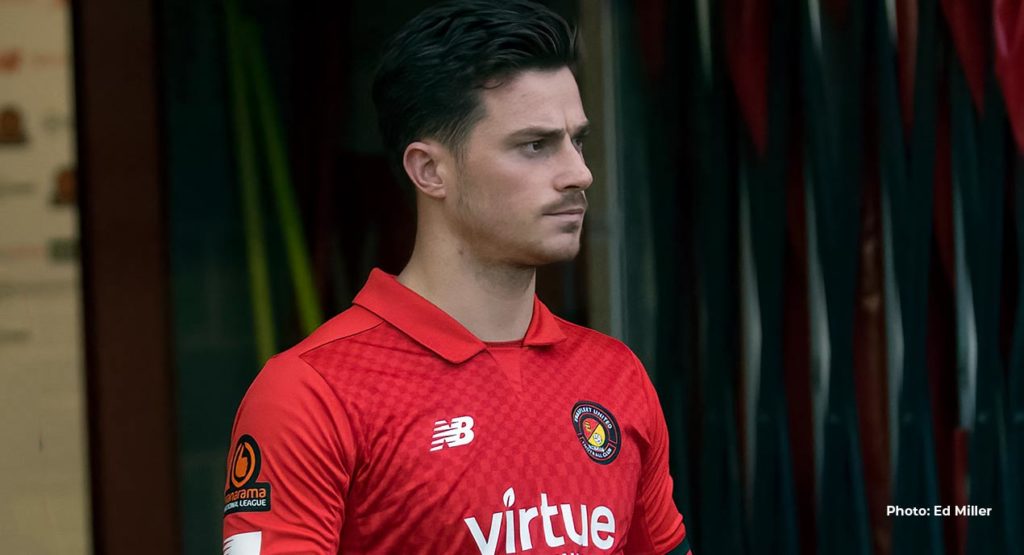 It’s massive for the fans – and for the players!

Jack Paxman’s no stranger to a Kent derby or two – and he says Fleet’s players won’t dwell on the draw against Billericay Town with the Kuflink Stadium’s biggest game of the season just around the corner.

The current Fleet player of the year bid farewell to 2021 in a goalless draw against his former club but told BBC Radio Kent’s Charles Webster that the next match needs no building up.

“It’s a top of the table clash, a local derby and I think everyone was disappointed that we couldn’t play on Boxing Day, everyone was ready for it,” said Paxman. “Obviously the Covid situation is what it is but it’s massive for the fans, it’s massive for the players. Every game is, but this one’s a little bit different, there’s more behind it and we’ll just look forward to it.

“There’s always bits we can improve on and we work every day, the boys honestly work so hard it’s ridiculous. Everyone grafts on the training pitch and everyone is fighting to start and we’ll dust ourselves off and go again against Dartford.”

Paxman had a spell at Billericay in between his time in Kent with Maidstone and the Fleet and last season he scored the crucial goal in our 2-1 win at New Lodge – but at the Kuflink Stadium that goal just wouldn’t come.

“Look at the last game,” said Paxman. “We played Bath, we won 3-0, didn’t concede a goal and we’ve scored three. Today we’ve not conceded but we couldn’t grab a goal so it’s hard to put a finger on exactly what didn’t work out for us.

“It feels a bit similar to the Oxford game where we dominated so much. We lost that day but today feels exactly the same where we’ve dominated the whole game, 80% possession, they’ve had two banks of four the whole game. Teams are showing us a lot of respect with the way they’re playing, they’re camping in there and it’s it’s hard to break down.

“Everyone knows we’ve got a style of play and we won’t come away from that, they’re adjusting the way they play and as I say it’s a sign of respect for how good we are and what we do to teams. We have the ball the whole time but the keeper’s pulled off a couple of really good saves which is unfortunate for us but we’ll just keep doing what we know – we know it works, it’s worked most of the season so far so we just keep going.

“We’ve got to work on not conceding as many goals because we always create chances so scoring goals, unlike today, won’t be a problem normally. It’s very tight, there’s some good teams in this league but we think we’re one of the best so we do our stuff and hopefully it pays off in picking up as many points as we can and seeing where it takes us.”

• Sunday’s derby game v Dartford is not all-ticket but we would strongly advise advance purchase of yours to alleviate any queues or delays before kick-off. For more info and how to purchase, click here.

Ed Miller has been Ebbsfleet United's communications manager and programme editor since 2014 and responsible for the club website since 2007. Contact him on ed.miller@eufc.co.uk
PrevPrevious£99 for 11 in ’22… half-season tickets go on sale!
NextDartford derby tickets + New Year opening timesNext