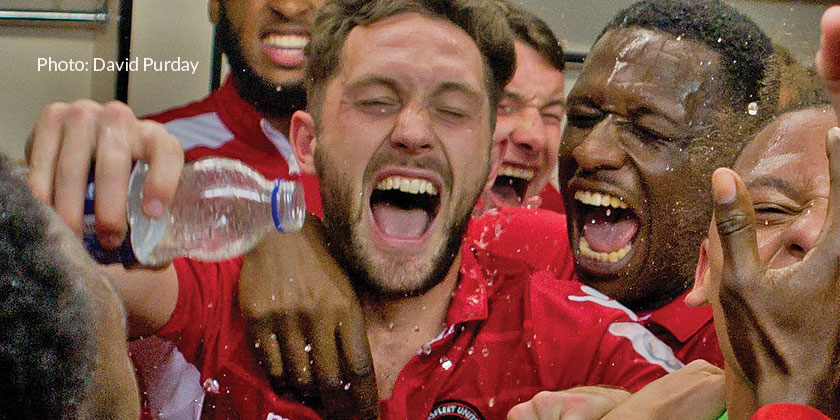 Dean Rance is set to join the likes of Bob Dudman, Jimmy Logie and John Thurgood as Fleet midfielders with 200 games under their belt.

The 26-year-old, signed from Dover Athletic in 2013, has clocked up 199 appearances in an Ebbsfleet United shirt and should mark his 200th on the same day that Danny Kedwell achieves his 150th – against Maidenhead United this coming weekend.

Only Craig Wilkins, Lance Cronin and Joe Howe have achieved the 200 this century and in an interview for Saturday’s matchday programme, Rance says: “I’m very proud of how many appearances I’ve made for this club; it’s been a very happy place to have played my football. I hope the fans have managed to see that through my performances over the seasons and seen I’ve only ever given 100% every game.”

Since making his debut against Havant & Waterlooville in August 2013, Rance has been a mainstay in the middle of the park, despite the close attentions of other squad members for his shirt. “I’d much rather someone competing for my position than knowing I’m going to be playing every week no matter how I play. It’s definitely healthy,” he said.

But for an injury-plagued 2014/15 season, Rance’s racking up of games would be apace with that other midfielder of note, the club’s record appearances holder Jimmy Jackson, who reached his own 200 a few months ahead of the current Fleet No.4’s rate of matches.

Rance has played 31 games this season and scored his first goal of the campaign away at Hartlepool recently. He’s taken the step up to the National League in his stride, having finally made it last May after four years of disappointment with Dover and the Fleet. “Now we’re at this level, we aren’t here to make the numbers up,” he said. “It was just getting the promotion to get us here. Last year we knew we would have the ball most of the time, this year you have to respect teams have better players on the ball. They don’t just give it back to you when we press, we have to not let teams play through us but I think we’ve grown and adapted.” 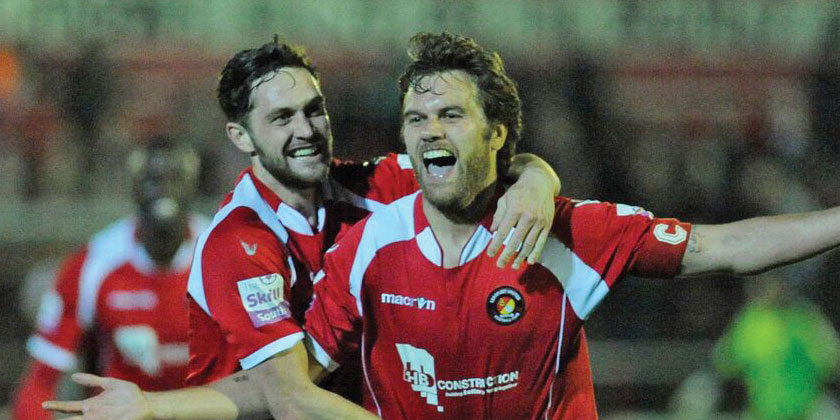 Rance’s manager, who has been alongside him in one way or another since the pair combined at Dover in 2012, is delighted to still have the midfielder’s services six years on.

“I’ve played with him, managed him and he’s been here from the start,” Daryl McMahon said. “You can see how that benefits players, like Clarky and Keds too, they grow into the club and know what it’s about. Dean’s seen Steve Brown come in, Jamie Day, myself, and he’s made sure he’s been a main player in the squad for all of us. That’s a credit to him, his attitude and dedication to himself to do well and to the football club. He’s a joy to manage and he’s an effective character through his enthusiasm and he brings a lot to the changing room and the club.

“I don’t think he gets the credit as a player. Obviously most people notice the Dean Rance that runs around tackling, a warrior and a battler, but they ignore the fact he can play as well. When we played together we were a bit chalk and cheese but we married up well in the sense of what he did and then what I did clicked. But he’s developed so much more than that over the last few years into a really accomplished player.”

Ed Miller has been Ebbsfleet United's communications manager and programme editor since 2014 and responsible for the club website since 2007. Contact him on ed.miller@eufc.co.uk
PrevPreviousWesty gets the winner in the Windies
NextPride of the South cross swords once moreNext