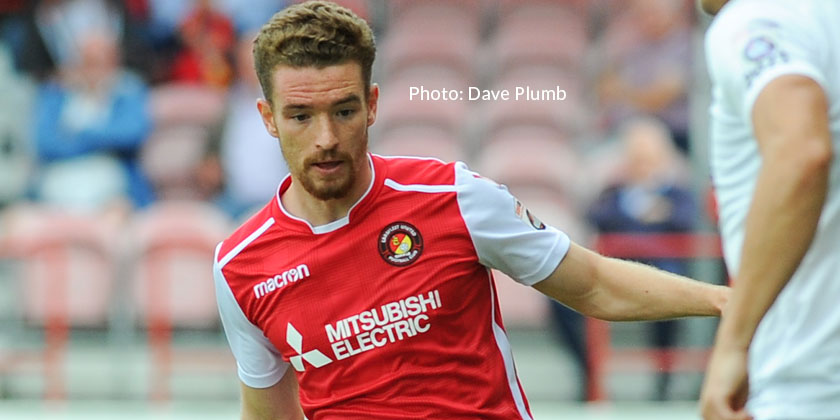 The Fleet have made the National League play-offs and finished as the highest-placed promoted side following Saturday’s 1-1 draw at Torquay United.

They didn’t quite manage the three points that would have ensured a home tie and will have to stay undefeated on the road to earn promotion but given the recent run, who would bet against this gritty, spirited side that Daryl McMahon has assembled?

The point was also enough to equal the club’s best points haul at this level but with the 2017/18 fixtures now complete, it’s cup-tie football and not points that will be on McMahon’s mind.

It was another unchanged lineup for the Fleet against an already relegated Torquay side who were desperate to make up for a horror-show defeat at home to Guiseley in midweek. And that showed as Torquay looked to make a quick start. They attacked down the flanks and along the edge of the Fleet box, Connor Lemonheigh-Evans firing a low shot that was straight at Nathan Ashmore.

Brett Williams was allowed space to get another shot away on nine minutes and this one curled away from Ashmore’s post with the Fleet goalkeeper pleased to see it off target from a good position.

Fleet were allowing Torquay a little too much possession in the final third and on 10 minutes former Eastbourne striker Elliot Romain was permitted a gap to run into, Kenny Clark having to hare across his box to deny the Gulls player with a well-timed tackle.

Still Torquay came at the Fleet and three minutes later Rhys Healey had sight of goal and he picked his spot to fire a shot that Ashmore saved with his legs to prevent a surefire opening goal.

Jack Powell was the visitors’ best outlet early on, looking to drive from the middle and get his side moving while Danny Kedwell, Luke Coulson and Corey Whitely were struggling to find much impetus as they were well-marshalled.

Fleet’s best chance of the half arrived on 19 minutes when Kedwell got a rare break from Torquay’s defenders and delivered a ball wide on the right to Lawrie Wilson. Perhaps surprised to find himself the furthest player forward, Wilson surged into the box but his shot was well saved by goalkeeper Vincent Dorel.

That gave Fleet a little more confidence and they were able to take the wind out of the home side’s sails. Dorel stopped another Kedwell effort before Whitely and Coulson both sent balls skewing wildly behind the goal.

Ashmore more than earned his player-of-the-year status again four minutes before half-time when a good build-up by Torquay had Romain turning in the box and despatching a strong low effort on target which the Fleet keeper did ever so well to get to low at his near post. 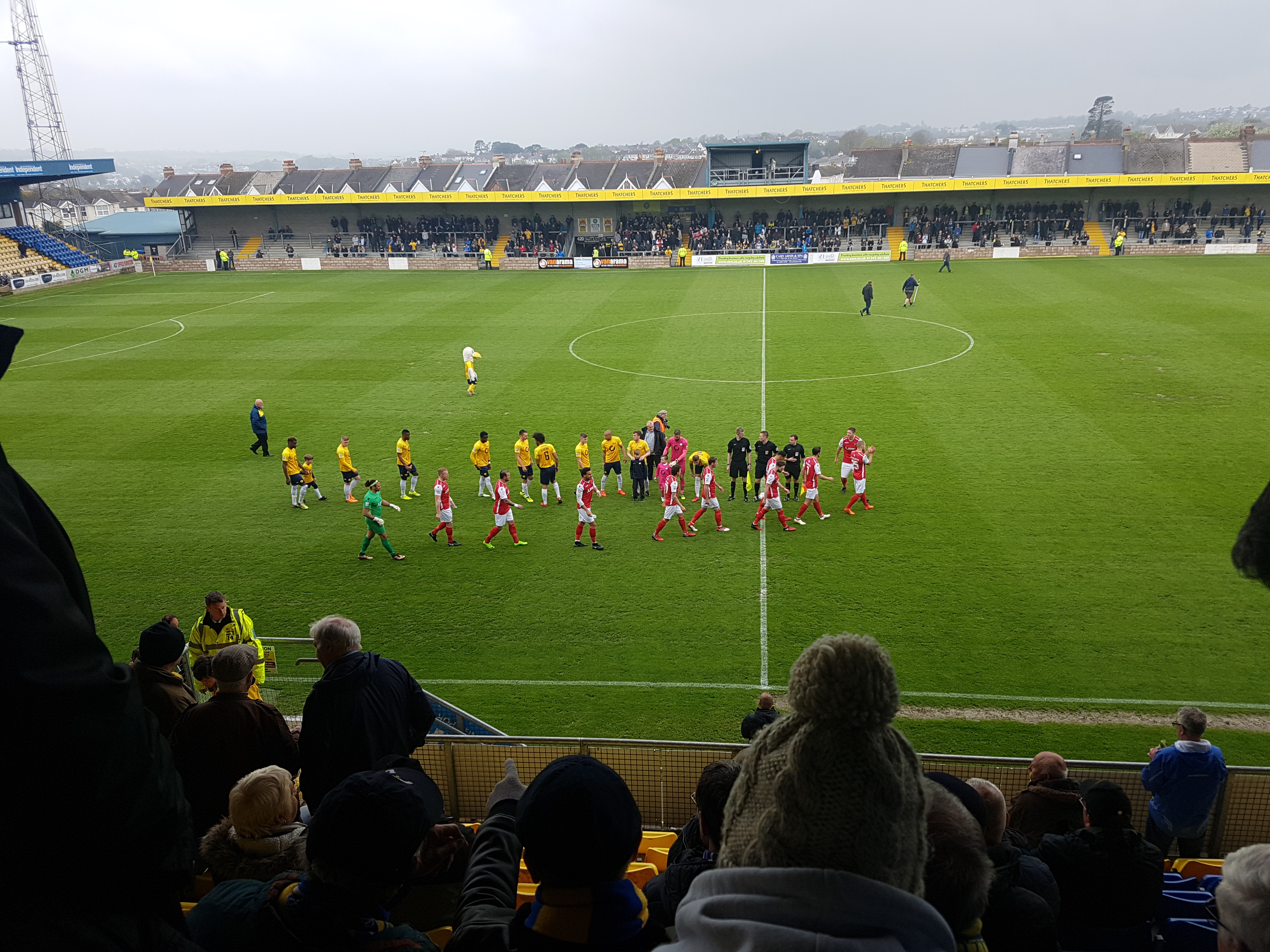 The second half was a livelier affair but the early exchanges were typical of much of the first-half’s pitfalls. From their own corner, Fleet allowed Torquay to break upfield before Coulson was able to turn one of Ashmore’s long-kicks into his side’s own counter attack, feeding Whitely who floated a shot over the upright.

McMahon threw Myles Weston into the fray on 55 minutes and he soon made his presence felt with a neat sprint and cross that Dorel dropped in his six-yard box but there was no Fleet shirt nearby. Torquay had a similar chance when Young beat Drury to the byline and his low cross was left by Winfield and ran through the six-yard box to safety.

Winfield then picked up the game’s first yellow card on the hour mark for a foul on Romain that sparked a brief 22-man exchange of views and the Torquay striker was carded in the same incident.

That ratcheted the noise level up a little and Ashmore was at full stretch asYoung’s free-kick flew just wide. On 62 minutes, a wonderful piece of play had Whitely back-heeling a ball into Coulson’s path inside the box but Dorel got down well to block the resulting shot.

Then came a masterstroke of a substitution but even McMahon can’t have planned this. Connors was introduced for Bush to give Fleet a little more pace against Romain and on 69 minutes, the full back grabbed his first ever professional goal. It came out of nothing, Connors probing the left flank, selling his marker with some tricky movement then floating a cross to the far post that went over Dorel’s head and in off the inside of the upright.

But Fleet’s ecstatic travelling fans didn’t have long to enjoy it. Torquay responded well to the setback and straight from the kick-off powered upfield. Three minutes after Fleet’s goal, Williams looked to turn inside Clark and went down under the defender’s flying tackle for a clear penalty.

Healey banged that one home and it was all square once more. That made for a nervy finale for those in the away end although Fleet’s experience shone through and they restricted the hosts who were playing with much more freedom in the closing stages. Lemonheigh-Evans had several opportunities to run from deep at the Fleet back line but Winfield and Clark were able to keep him out of reach of the box while at the other end, Dorel palmed away a Coulson effort and the Fleet skipper sent a header wide from a corner. Hearts were in mouths when Young went down in the box after a tackle connected with his ankle but the referee was well placed and refused a second penalty.

Torquay fans unfurled several banners before the final whistle as attention for them switched to off-field matters and the referee was quick to end proceedings with the bare minimum of time added on played to send the Fleet fans happily skipping out to their night of celebration on the English Riviera.

It’s the rather more familiar surroundings of Aldershot that’s next on their schedule.

Ed Miller has been Ebbsfleet United's communications manager and programme editor since 2014 and responsible for the club website since 2007. Contact him on ed.miller@eufc.co.uk
PrevPreviousTorquay has familiar ring of history about it for Fleet fans
NextMacca: “It wasn’t vintage, but I’m glad we got here”Next