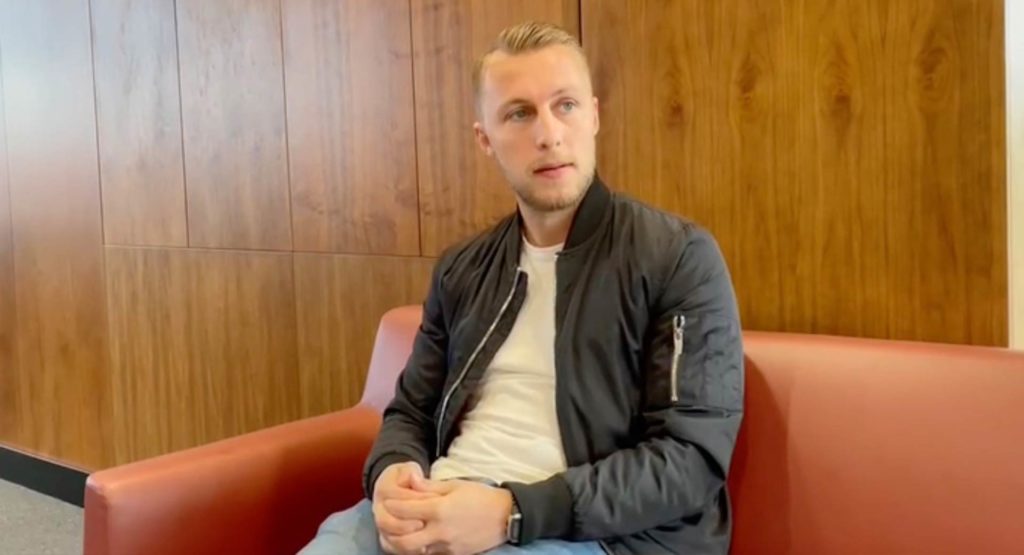 “I’m loving every minute of it” says Solly

He’s been in the building – though out on the grass to be more precise – for five days now and Chris Solly is revelling the experience of being back amongst a squad of players.

The experienced right-back last played for Charlton at Derby County and while he’s been keeping himself ticking over during the extended close season and beyond, he says you can’t beat the experience of doing that as part of a structured squad environment.

“I’ve loved every minute of it,” he said. “I’ve been training on my own now for a fair few months and with my best mate but there’s only so long you can do that. I came down on Monday morning and settled in really well and all the lads were really welcoming, they’re a great set of boys.

“I’ve been running four or five times a week and felt I was in reasonably good shape. And then we came in Monday and did 11 v 11 and I felt miles off it for the first 15 minutes. I’ve found my feet this week. We had two tough sessions on Monday, Tuesday, and then training again yesterday. We had a little bit of an easier session today with planning [for the game] tomorrow.”

It’s familiar surroundings for Rochester native Solly who played here last season for Charlton in the summer, in previous pre-season games here as well as a youngster back in the days when Charlton’s reserves played at Stonebridge Road.

“I played on this pitch for [Charlton reserves],” he recalled. “I played here regularly most Monday nights. But it’s changed quite a lot, the dressing rooms are lovely, the facilities are lovely, I couldn’t have been treated any better, to be honest.

“After breakfast in the morning we go down and train and come back, shower, lunch. The facilities and the way we are treated and the professionalism of the club is of the standard probably of a Championship club. I knew Lee Martin from before so I spoke to him about it and he filled me in on everything so it wasn’t a big surprise. The standard and the welcome really has been lovely.”

Now back amongst a playing squad, the matchday feeling and preparation is what Solly has missed the most and he’s already been impressed by his new teammates.

“The quality of the lads is very good,” he said. “There’s a lot of players who have played at higher levels or I’m sure will go on to play at a higher level. And I have no reason to doubt, even from this four or five days of training, that the boys will be right up there fighting for promotion this season.

“It’s nice to be involved in a big group and the camaraderie with the lads has been brilliant. And then that feeling on a Thursday, when you can tell that a lot of the lads are focusing on the game on a Saturday and thinking about how they’re going to get the three points on Saturday and winning the three points, that’s what I’ve missed the most and can’t wait to get involved in doing that.

“I’ve played most of my career at right back but I’ve had games at left-back as well, centre-mid. I’d like to think I bring a bit of composure, quality on the ball. I’ve played a fair few games now so I have a good understanding of the game and hopefully I’ll be able to get back out on the pitch soon and get back playing.”

Ed Miller has been Ebbsfleet United's communications manager and programme editor since 2014 and responsible for the club website since 2007. Contact him on ed.miller@eufc.co.uk
PrevPreviousBy golly, it’s Solly as Fleet welcome ex-Addick full-back
NextMark Ives appointed as League’s interim general managerNext