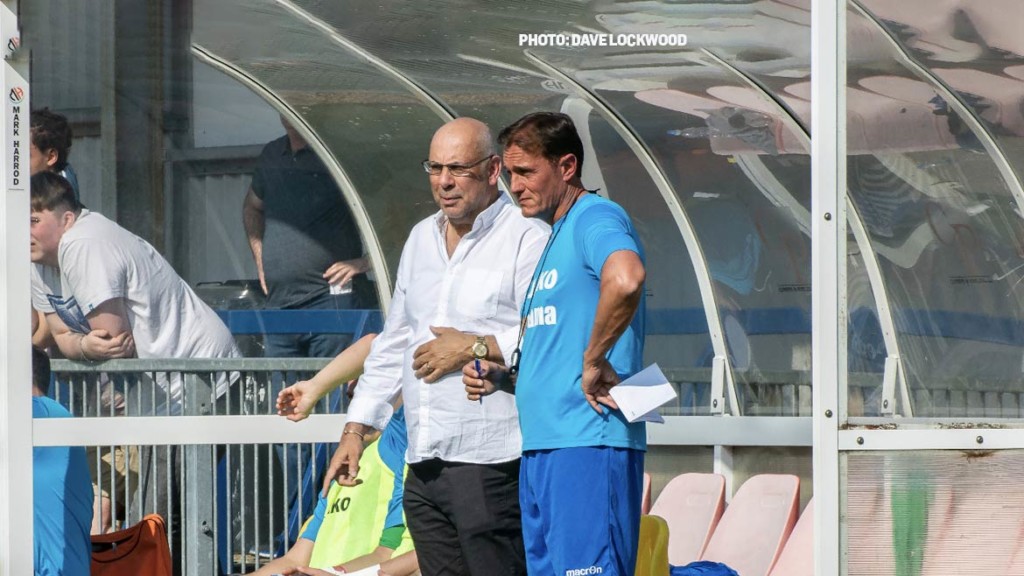 I’ll donate that to the supporters

Garry Hill dedicated his side’s first win of the season to the jubilant Fleet fans, with 172 making the Bank Holiday journey to Hertfordshire.

“Where do I want to donate that to?” he asked BBC Radio Kent’s Charles Wesbter. “The supporters. There’s a good following here today, it’s been tough for them as it’s been tough for us. We’re all hurting together. But to follow that one-point game against Notts County and now three points, I’m very pleased.

“As you can appreciate, it’s been tough. It doesn’t matter who you are or how long you’ve been in the game, it’s not very nice when you’ve had the start we’ve had. You can see with the commitment and with the performance that we’re all in it together and it was a very encouraging display on Saturday, being behind twice and showing great character in coming back to get a draw. It gave us the base to come here today.”

Fleet raced into a two-goal lead against 10 men but had to overcome a nervy finish when Tyrone Marsh’s penalty gave the home side a lifeline. Aside from conceding, however, Hill was happy just to get over the line.

“I’d have liked to have kept a clean sheet today,” he said. “That was a big, important factor, I’m disappointed, but if you’d told us at 3 o’clock today about three points we’d have taken it straight away whatever the score.

“They kept coming and all credit to them. They made it tough for us and they got the penalty and really had a go. We saw it through. Jordan Holmes did very well pushing one over the bar and dealing with a situation with a big cross into the box, he took it well.

“We had to [stand up to it]. It was a major win here today. We had to get three points sooner rather than later. It was anxious towards the end, you’re going to get that whether you’re a supporter, management, players, you will get nervous towards the end because you want that first win.”

There were plenty of talking points, with a red card following Fleet’s first attack of the game but, like Jack King’s on the opening day of the season, Hill felt Boreham Wood defender Femi Ilesanmi left the referee little choice.

“It was a big advantage to have so early in the game,” Hill agreed. “It was a great ball which found Lawrie Wilson, definitely the man’s got to go whether it’s in the first minute or the 50th minute or the 90th minute. He caught him and took him out of the game. It gave us an ideal opportunity, very similar to the Halifax game, and we punished them in that time.

“We had chances at that time to put the game completely out of their reach. We had that little bit of width and we were getting down the sides, causing them a problem. But we didn’t really capitalise and all credit to them, they kept working and had a little spell 10 minutes before half-time where they were quite lively up top.

“Coming in 2-0, it was very hot for both sides and I think our circumstances with a small squad, it was a case of who could last the 90 minutes.  We had a goal disallowed which would have made it completely safe but not to be. For any player at any level, to play two games in 48 hours in that heat, it’s very demanding. The first five weeks with 10, 12 games, it’s competitive and physical in this league. It takes a great strain, especially on the smaller squads.”

Ed Miller has been Ebbsfleet United's communications manager and programme editor since 2014 and responsible for the club website since 2007. Contact him on ed.miller@eufc.co.uk
PrevPreviousBoreham Wood 1-2 Fleet
NextLucky charm Gozie reopens his accountNext