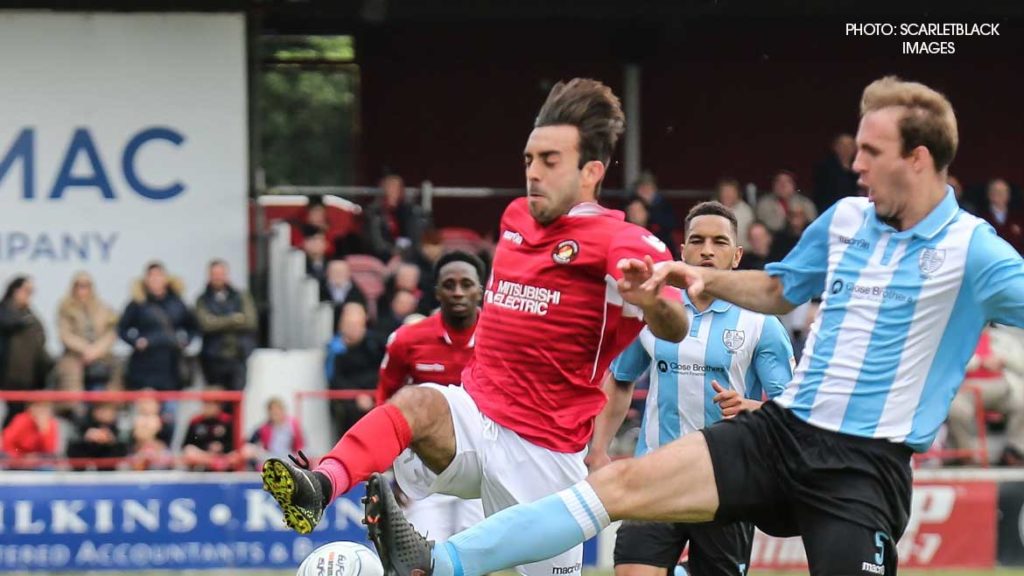 There may be a good few years between successes but over the past 25 years or so, May 7th has provided three memorable games for Fleet fans at the business end of the season.

Back in 1994 Fleet clinched the first league title for 19 years in front of 1,774 fans by beating Bury Town 3-0 at Stonebridge Road. It was top v bottom and Fleet, having won their previous three games, needed this last victory to ensure the title and promotion ahead of Sudbury Town, Witney Town and Salisbury. The home side edged ahead on 25 minutes via Micky Cotter but the game hung nervously in the balance until Cotter got a second 22 minutes from the end. Steve Portway came off the bench to score his 41st league goal of the season in the final quarter-hour. Cue the celebrations.

Fast forward seven years and Fleet retained the Kent Senior Cup against all the odds with a visit to Conference side Dover Athletic at Crabble. This, the second of three consecutive county triumphs, came as Andy Ford was beginning to put together a useful side that would challenge for – and win – the Ryman Premier title the following season.

With two cup finals in a week for the Fleet, who had finished the league season in good form with a run to sixth in the table, this Kent Senior Cup game was the first of them and Ford’s boys came through in stunning style, thrashing Dover 4-0 in front of their own fans. The men who did the damage were Che Stadhart, future Dover striker Craig Wilkins, Jimmy Jackson and the Whites even scored one of their own… in their own net.

And finally, it was a long 16 years before May 7th paid off again but in a nervy, nailbiting climax to the 2016/17 season, Fleet edged past a stubborn Hampton & Richmond Borough in the National South play-off semi-final second leg to qualify for that legendary final on home soil v Chelmsford City.

It was Fleet supporters’ fourth play-off campaign in six years and as ever, the stakes were high for promotion to the National League.

Leading 2-1 from the first leg courtesy of Dean Rance and an Aaron McLean penalty, Fleet made it 3-1 on aggregate when Kenny Clark headed a free-kick back across goal and in. It looked like an unassailable lead but Fleet never do things the easy way and when substitute Jerome Federico pulled one back for Hampton in the second-half, the visitors fancied their chances to draw the tie level.

Fleet hung on – for dear life at times – and Danny Kedwell saw 15 minutes of action despite a pin in a broken arm that looked like it might have ruled him out of the play-offs altogether.

With a minute left and Hampton pressing for the goal that would take the game to extra-time, up popped substitute Darren McQueen – warming up for his promotion-winning goal v Chelmsford – and he snuck in behind the defence to lift the ball over the goalkeeper.

Ed Miller has been Ebbsfleet United's communications manager and programme editor since 2014 and responsible for the club website since 2007. Contact him on ed.miller@eufc.co.uk
PrevPreviousSeven departures on Fleet list
NextFleet’s VE Day vets: Bill EdrichNext