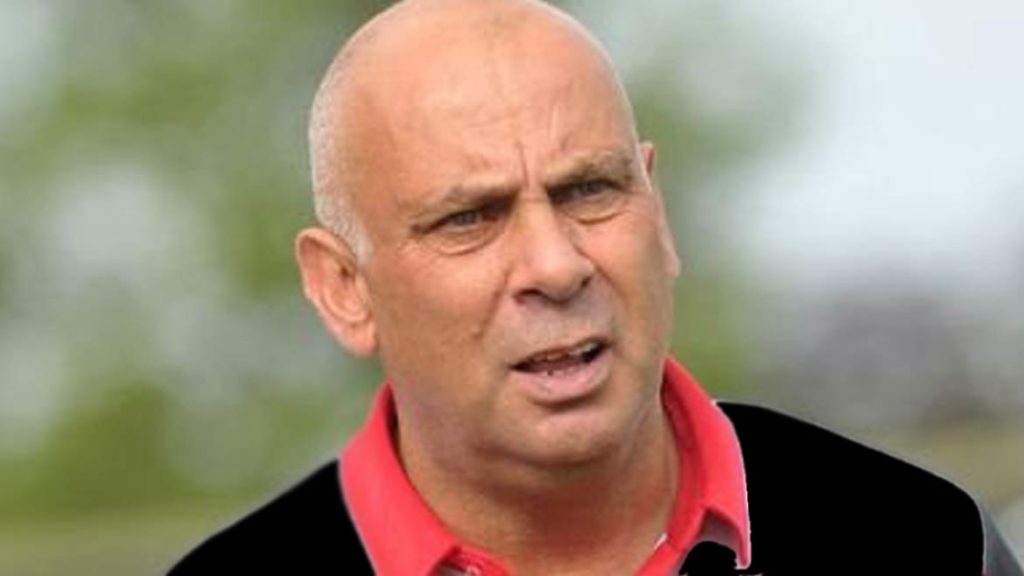 Garry Hill may still be waiting for his first points of the season after Fleet fell to Bromley at Hayes Lane on Tuesday night but it’s not a situation that is going to faze the manager.

“We are short on bodies,” he told BBC Radio Kent’s Charles Webster. “You see our bench tonight, we are thin at the moment. I want another centre-half and I want another forward. I know what we want to do, I know the way we want to play that I think will benefit Lawrie Wilson and Aswad Thomas. It will benefit Ball and Ayo in the middle of midfield and benefit all the way round.

“We have to be patient. They don’t become bad players overnight. It is hard when you’re losing James Ball who’s having to play at the back, you lose that drive out of the middle of midfield of him and Ayo and Lawless. You’re losing what you had in pre-season. You lost Jack King tonight, you lost him on Saturday after nine minutes. I will never look for excuses but people will have to understand that we’re a new structure, financially, football-wise… new players coming. I saw signs in the second half, irrespective of the result, that I thought were encouraging. We are not bad but we are short and I will try my best to [fill those gaps].”

The Fleet boss thought Bromley were streets ahead of his side in the first 45 minutes but he was pleased they responded to the setback in the second half rather than buckle in the face of a strong home side.

“I honestly still think Saturday’s game was a freak day, so we had to look for something different tonight, we knew that,” Hill said. “The first half, we couldn’t compete with them, they were half a yard sharper than us, they were winning a lot of the balls. We were giving them too much space, they were too mobile for us and we were low on confidence from Saturday.

“They saw the result from Saturday, they took advantage of us playing for 80 minutes with 10 men on Saturday. I had no complaints with half-time at 2-0 – the danger signs were there from very early on with some great balls into the box that caused us a lot of problems.

“We had a good chat at half-time and I felt we were a lot better in the second half. We were a lot tighter and we made the pitch a lot smaller, we were in their faces a lot more. They were playing balls around us in the first half, second we were a lot more competitive.

“We had a big opportunity at 2-0 when we were on top and starting to put balls in the box early. If that goes in at 2-1, it’s a completely different game and they’re in an awkward situation. We were doing the basics a lot better and that was a big chance to put yourself back in the game. But within three minutes [they score] with a wonderful strike. Nathan Ashmore responded well tonight. He made two or three unbelievable saves.”

Fleet’s bench tonight included recent Academy graduates Mathew Achuba and 16-year-old Emilio Regini-Moran and Hill is still in the market for the last two senior players to fill his squad. He welcomes back Jack King for Saturday’s trip to Fylde and despite the lack of points on the board after two games, is confident his squad won’t be overawed this season.

“I don’t look at any of the players who I’ve signed as a bad signing,” he said. “They’re good players. And I don’t think anyone can say that the players who have stayed at the club from last season are bad players. We’re not bad, we are short. We won’t feel sorry for ourselves, I won’t let them.”

And neither is the Fleet boss overly concerned that critics might start to circle already.

“I will always be out here,” he said. “I won’t send my assistant out or turn round say we’ll avoid [speaking to the media] today. This is nowhere near what we’ve had to deal with over the last seven or eight months. I’ll show you what pressure is and I’ll handle it all.

“The fans tonight were different class, large numbers. Everyone walked out Saturday dumbfounded but there was a good 300 here tonight and they stayed behind and clapped the players off. They saw the effort to the end. I’ve always been told about Ebbsfleet, what do Ebbsfleet fans want? They want to win but they want to see people battle. I’ve seen that in the second half to a standard that’s going in the right direction. Not to the standard that I’m happy with but to a standard in the right direction.

“This is a very good football club, it means a lot to me. I think I’ve shown that. We knew it was going to be tough this year, we knew we were going to be building this year. Rome ain’t built in a day – you’ve got a new changing room in there and they need the support of the fans. The fans want to see what they saw in the second half today on a regular basis. I think a level-headed fan will say to themselves, you can’t put square pegs into round holes when you’re so thin on bodies.”

The challenge gets no easier with AFC Fylde, Yeovil Town, Solihull Moors and Notts County to come but Hill is relishing that challenge.

“I know what I’ve got in the midfield and when I’ve got them we’ll be competitive,” he declared. “When I’ve got the three at the back, we’ll be all right. But it’s a challenge. I looked at the league fixtures and when you look at Bromley, followed by Fylde, then away at Solihull – you’ve got to play the 46 games but when you look at those at the start of the season, there’s other games in other places you’d [sooner] pick to start. It’s probably harder when you’ve got a new squad and even more so when the numbers are down. But roll on Saturday because we’ve got to be positive and keep on fighting.”

Ed Miller has been Ebbsfleet United's communications manager and programme editor since 2014 and responsible for the club website since 2007. Contact him on ed.miller@eufc.co.uk
PrevPreviousBromley 3-1 Fleet
NextBrandon lands in time for Fylde visitNext