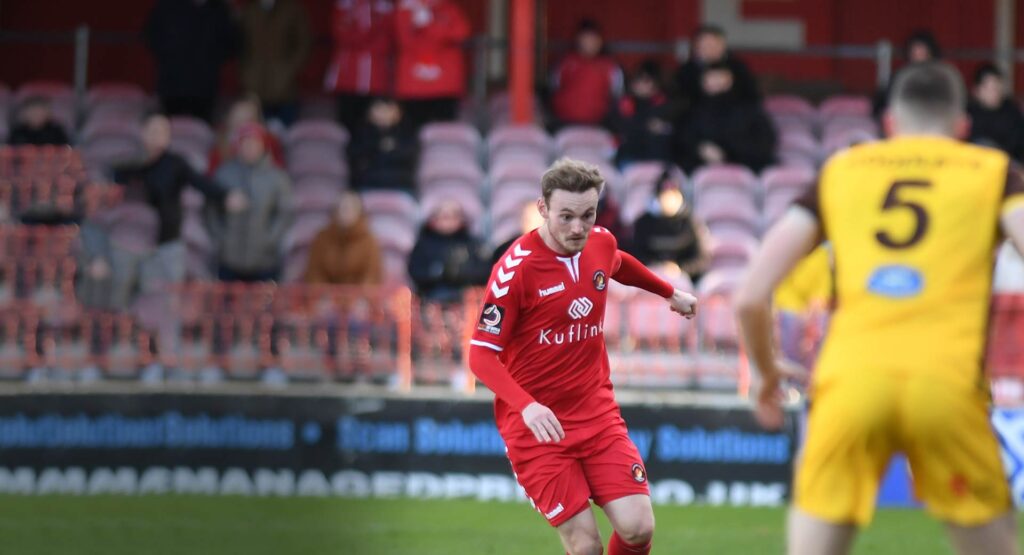 Ebbsfleet United midfielder Frankie Sutherland will not be at the club next season following the player’s decision to leave full-time football to pursue a business opportunity.

The 26-year-old, who signed for the club after leaving Bromley last August, has used his break since the coronavirus lockdown to go into business with his father-in-law, and so has been unable to commit to full-time football for 2020/21.

“It’s something I’ve been looking at and with all that’s been going on these past few months something that will potentially be of value for me and my family longer than my football career,” Sutherland told the Fleet website. “It’s been a tough decision, I would have liked to have stayed at Ebbsfleet and think I would have otherwise. When I look around at everything that’s going on there now and what will I’m sure be an exciting season ahead for the club, it’s a tough decision for me to make.”

Sutherland was one of a handful of Fleet players who turned out more than 30 times across the whole of the 2019/20 season and like many of those who have either re-signed for this season or departed this summer, he believed the team was on the verge of an escape.

“We were down there for a reason for sure,” he said, “but with what we achieved later on, I’m sure the boys would have dug ourselves out of it. Everyone knows it was a tough season but in amongst it all there were good times. It’s up and down, as football is, but I think back to the first win at Boreham Wood shortly after I’d signed which felt great. We had togetherness when we were up against it and I think the fans felt that too as they were with us every step.

“I don’t blame the situation with the end of the season for not staying up even though I think we would have but maybe going down a level gives everyone a chance to regroup. I think the club’s only going to better places from what I’ve seen happening there since March and I think the fans will get the chance for the success they deserve. They were really behind us last season and I think they’ll soon see the benefits of the squad being put together and more good things coming out of the club, the communications there, new initiatives and the chance to go again.”

While his attempts to work around full-time football at the club have proven unworkable, Sutherland is hoping to continue in the game and says Fleet fans might not have seen the last of him.

“I’ve been professional for a long time,” said the former QPR youth and Republic of Ireland U21 who first signed on at Loftus Road aged 11. “And I do still want to continue to play at the highest level I can if it’s workable so it’s a time to evaluate and see what happens now… even if I do have to play against the Fleet next season!”

All of us here at the Kuflink Stadium would like to thank Frankie for all his professionalism at the Fleet and wish him the very best in his new business venture and wherever his football career takes him next.

Ed Miller has been Ebbsfleet United's communications manager and programme editor since 2014 and responsible for the club website since 2007. Contact him on ed.miller@eufc.co.uk
PrevPreviousFleet go West as club favourite returns
NextWest targets his bestNext