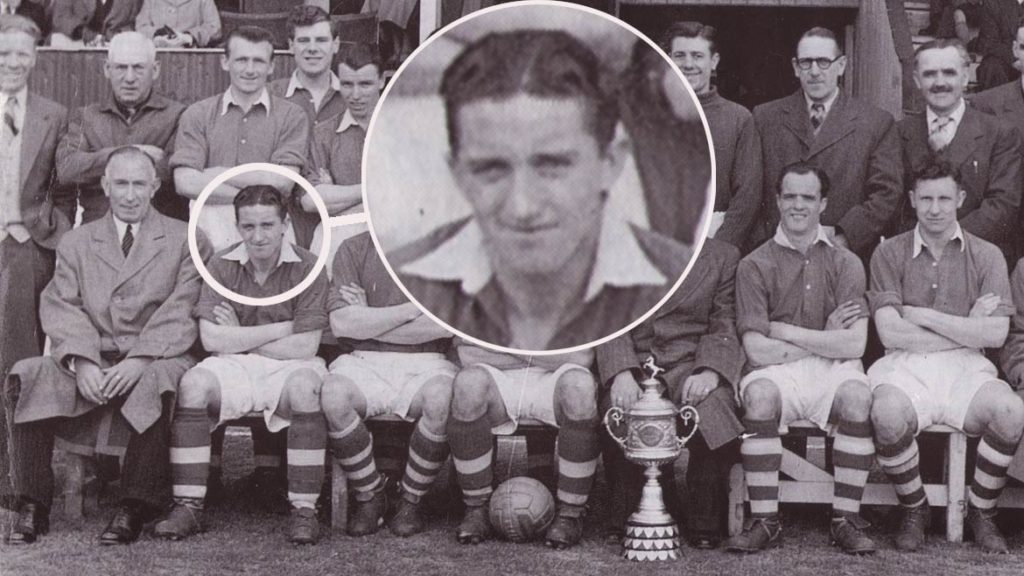 Ebbsfleet United is saddened to learn of the death of our former player Ken Jones, aged 87.

Wing-half Ken played for the Fleet in the early 1950s, making 55 appearances and scoring once. Signed from Southend United in July 1952, he went on to become Sports Editor and Chief Sports Writer at the Daily Mirror and The Independent in later life.

Born in Wales, Ken’s father Emlyn played in the same Everton side as Dixie Dean and his uncle Bryn once held the British record transfer fee of £14,000 when he moved to Arsenal in 1938.

Ken was handed his debut for Gravesend & Northfleet by local school teacher and manager Dick Roche in the Southern League in a 5-0 defeat at Worcester City in August 1952.

He was a regular throughout that season, scoring his only goal against Tonbridge, as Fleet finished in ninth place but it was in the Kent Senior Cup where Ken would have most success.

He picked up a winners’ medal in the April 1953 final, played at Gillingham against Dartford in front of 8,874 people.

Such crowds would have been no rare thing in Ken’s days in a Fleet shirt. He played in front of 8,000+ at Wimbledon in the FA Cup and Stonebridge Road regularly attracted 3,000-5,000 attendances for league and cup games.

Ken played for little over a season for the club, starting the following 1953/54 campaign until his final game, ironically against the town of his birth when Merthyr Tydfil visited Stonebridge Road.

An achilles injury wrecked his playing career and although he considered going into coaching, he took a different direction in sports journalism. He covered some of the world’s biggest events in his career, spending time with Muhammad Ali during the famed ‘Rumble in the Jungle’ fight v George Foreman.

Ken married the sister-in-law of Fleet teammate Sam Chambers, who is the club’s third highest appearance holder. The players from that Kent Senior Cup-winning side were reunited in 1990 at Chambers’ ruby wedding party and Ken returned to the club in 1996 for an Independent article ahead of our FA Cup tie against Aston Villa.

He also wrote the foreword to our 50th Anniversary Golden Jubilee book, remembering of his time at the Fleet, “It was a privilege to play with the men whose faces smile from that picture [above]. I have witnessed World Cup finals, Olympic Games, championship fights… but somehow the bond we shared from those long ago days was better than anything I have known in this sporting life.”

The club extends our sympathies to Ken’s wife Kathleen; his four children, Gareth, Lesley-Ann, Beverley and Samantha; and his nine grandchildren and one great-grandchild.

Ed Miller has been Ebbsfleet United's communications manager and programme editor since 2014 and responsible for the club website since 2007. Contact him on ed.miller@eufc.co.uk
PrevPreviousCharity walk calls in at Kuflink Stadium
NextReid returns to Racecourse as Fleet look to reverse Wrexham recordNext