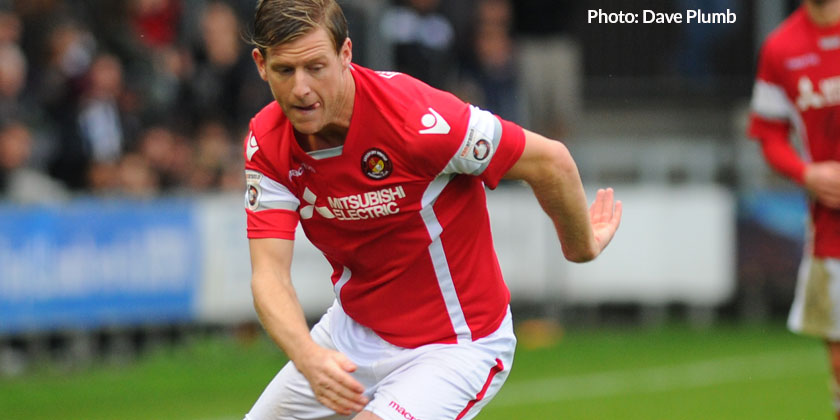 As Chelmsford City and the Fleet prepare to face off for the eighty-somethingth occasion this weekend, the clash at the Melbourne Stadium marks only the second FA Cup tie between the two clubs.

The historic Southern League foes came to blows only once before in the world’s most famous knockout competition as recently as 2005/06 when the Clarets, then a mid-table side with lofty ambitions in the Ryman Premier, defeated their Nationwide Conference opponents 1-0.

That was a miserable experience for Fleet fans in their first visit to Chelmsford’s new home and tomorrow the three coachloads of supporters will be hoping for a better return.

One of the most intriguing ties in the Second Qualifying Round, it has probably not suited either side. From Chelmsford’s point of view, they are up against the undefeated league leaders at a stage of the competition where there is plenty of easier pickings around, while for Fleet it’s a tricky away tie at a side that has been going well in the National League South.

The pre-match hype will, of course, be all around Fleet’s undefeated record but that’s as much a banana skin as anything on FA Cup day. The Clarets will certainly believe in their chances and probably have a better side now than either of the last two seasons when they twice won against the Fleet (albeit at Stonebridge Road).

Daryl McMahon is mulling over likely changes and Adam Cunnington (pictured), Danny Haynes and Anthony Acheampong will surely be in line for starts if the manager does opt to tinker with his squad. He doesn’t have an awful lot of room to change things with numerous players on loan, but Michael West, Robbie Willmott and Sean Shields are also considerations. A number of Academy players may also travel, with seven substitutes named in FA Cup ties.

The Clarets look set to be without top scorer and former Stonebridge Road favourite Billy Bricknell, who was diagnosed with a broken toe in midweek, while on-loan Fleet defender Aiden Palmer has not been granted permission to play.

The reliance on goals for the home side will now likely fall to Hugo Skepelhorn and Tomi Adeloye who have two each this campaign. In midfield, there is plenty of experience with former Woking man Lee Sawyer alongside skipper Mark Hughes. At the back, Rory McAuley is a former Dartford central defender who played with Tom Bonner at Cambridge, while brothers Marvel and Marvin Ekpiteta are also in line to start together. Goalkeeper Christian Dibble, meanwhile, is the son of 1988 League Cup finalist Andy Dibble.

Fleet have a good record at the Melbourne since their FA Cup defeat, having won a play-off semi-final convincingly, as well as last season’s 5-1 Boxing Day demolition (not to mention two other wins in the league). Chelmsford can boast a similar record in Kent, having won three of their last four at Stonebridge Road. Mark Hawkes’ side have, however, lost only one at home this season in the league, to Hemel Hempstead, so will be looking to progress at the first hurdle, rather than rely on their Stonebridge Road form to see them through in any replay.

Admission at Chelmsford is £12 adults, £9 concessions, £5 youths and U12s are free. Fleet will be playing in yellow shirts and any replay will take place this coming Tuesday, kick-off at 7.45pm.

Ed Miller has been Ebbsfleet United's communications manager and programme editor since 2014 and responsible for the club website since 2007. Contact him on ed.miller@eufc.co.uk
PrevPreviousLoan moves for Fleet pair
NextChelmsford City 0-0 FleetNext