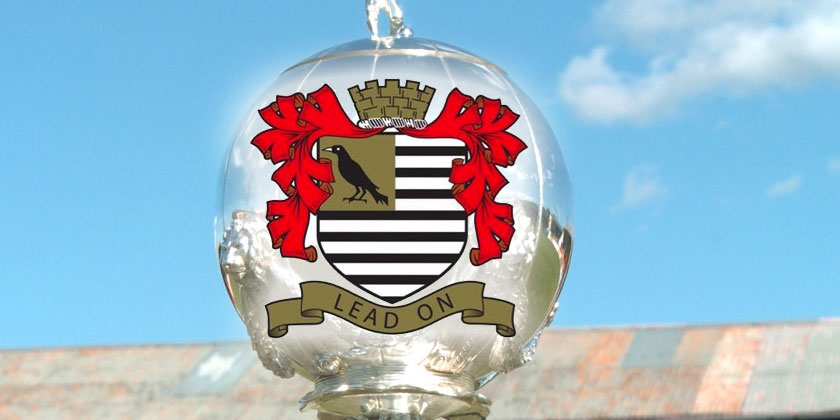 Fleet need to be wary of Moles’ goals

Ebbsfleet United take their first steps in this season’s FA Trophy against a club enjoying their first experience of the competition since 2007/08 – the year Fleet won it.

Molesey, the reigning Combined Counties League champions and currently seventh in the Ryman Division One South, boast an in-form forward line in Staf Palmer and Reis Stanislaus, while attacking midfielder James McShane is also one to watch. The trio have scored in excess of 40 goals between them this season.

Fleet boss Daryl McMahon is not going to take the Surrey side lightly, telling FleetOnline: “Like any team who are champions of their previous league, and even more so if they’re going well in their promoted division, they are used to winning, they are confident and they’re going to come here eyeing a chance to make headlines. We’ll be approaching this game as we do every week and every opponents and we’ll have prepared.”

Molesey are a side without any “big names” from the world of the Football League or higher non-league, with striker Palmer the only one with a track record at this level, having top scored for Hayes in 2007 and played for Eastleigh while skipper Craig Lewington, a former Maidenhead midfielder, is the son of the current England assistant manager Ray Lewington.

Nonetheless, the Moles are enjoying life back in the Ryman League after a seven-year absence. Although they have suffered a little since the Trophy draw was made, losing 2-1 to Ramsgate and 5-1 to Faversham, prior to that they were third in the league. They have scored four, five and six goals on numerous occasions this season and their fighting spirit was clear to see in the previous round of the Trophy, having battled back from 3-1 down against Harlow with 15 minutes left to win 4-3.

This will be Molesey’s fourth game in the Trophy so far this season, having seen off Fleet Town, Didcot Town and Harlow Town and progress into the First Round proper would equal their best-ever performance in the competition.

McMahon admitted a couple of players who impressed on Tuesday night, in what the Fleet boss called a “most pleasing performance by everyone on the pitch”, could force their way into Saturday’s line-up. “There were some good individual performances and a superb team showing,” he said. “What people don’t see or appreciate with some of these players when they don’t see them every Saturday is how much training they have done in the week, how sharp they’ve been playing out on loan. So they’re ready to do the job when asked.” Joe Howe’s calf injury also leaves an opportunity for Aiden Palmer to stake his claim.

Tomorrow’s match will be only the second Fleet-Molesey clash, the first coming 20 years ago this month when Chris Weller’s Southern League side beat the Moles, then playing at the same level in the Isthmian Premier, by 6-0.

Fleet supporters are reminded that tomorrow’s game is all-pay, so season tickets and mini-tickets cannot be used. Moreover, U12s are £1 entry as we have not agreed any free admission on the split gate.

Ed Miller has been Ebbsfleet United's communications manager and programme editor since 2014 and responsible for the club website since 2007. Contact him on ed.miller@eufc.co.uk
PrevPreviousLoan deal takes Willmott west to Eastleigh
NextFleet 4-1 MoleseyNext