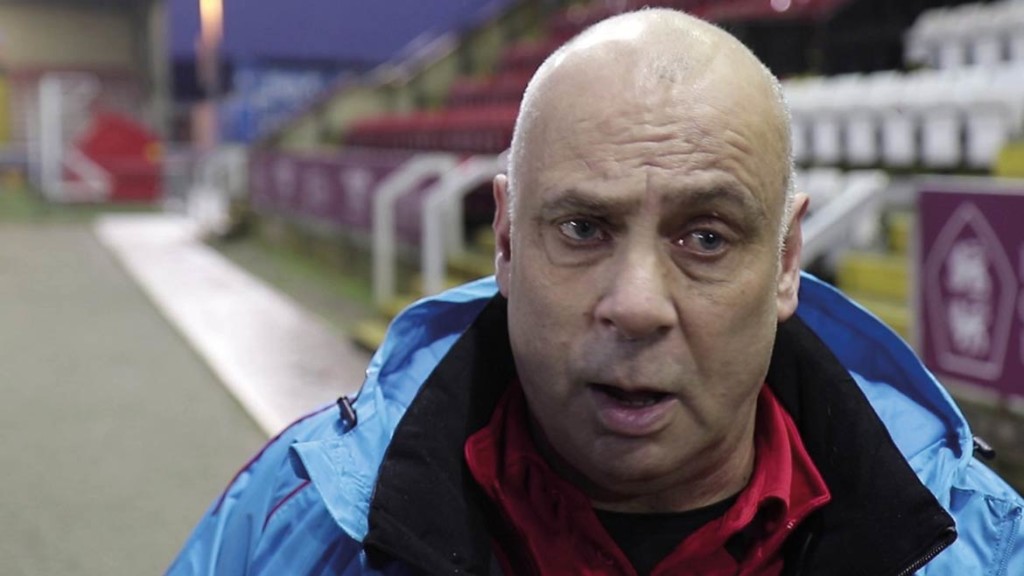 Fleet boss lauds a “freshness about the place”

Garry Hill believes a fresh wind blowing through the Kuflink Stadium has helped the Fleet end the calendar year on a real high as his side put Eastleigh to the sword in the final game of 2018.

“You can see a lot of freshness about the football club at the present time,” the manager told BBC Radio Kent’s Matt Cole. “But we know how football goes. You’ve just got to keep going. To take 17 points out of 24 is showing in the right direction but we mustn’t get carried away by it. I’m pleased with the way things are going, we’re sorting things out collectively at the club, the new structure’s been in place since I came in. On and off the pitch there’s a lot of positives, there’s a lot of people walking around with smiling faces. When you come to work and people have got smiling faces, whatever they do at the football club in what capacity, it’s certainly encouraging.

“All credit to the players and the staff, it’s the players on the park and the people who work hard behind the scenes whether it’s assistant manager or physios, whatever it may be, and it’s also the supporters who play their part in a big way.”

And encouraging was certainly the word for Fleet’s display this afternoon as they raced into a 2-0 lead and made sure of the points with a well-timed third before the break.

“To go 2-0 up after 12 minutes was more than what we could have hoped,” said Hill. “But we had to keep going. We were playing against a useful side; to get the third one as well before the break, it was more a case of going forward, making sure that we kept our shape, kept our discipline. To make five changes from the team that played the Boxing Day game shows even though we’ve got a small squad, I think you can see it doesn’t weaken us in respect of quality, it’s just the numbers which we’re working on are a little bit thin. With having a couple of injuries here, you have to take that on board and see where we are on New Year’s Day.

“When you’re in that position at half-time, it’s more about keeping your shape, not chasing the game. They had nothing to lose but you hope to catch them on the counter-attack or have other good chances which we had. But to keep a clean sheet after the Boxing Day game and get three goals… before I came to the football club it was a very barren spell in respect of goals scored but we’ve got players all chipping in and getting goals. We have to prepare ourselves [when we’re] in tomorrow morning and then for the game New Year’s Day.”

And speaking of those squad numbers, the manager is reluctant to make any call on that until the Fleet’s next two away games are done with, by which time he can enjoy a rare week’s rest.

“I think we’ll see where we are,” said Hill. “I always said I’d like to get to January 5th, have another roll call and when the transfer window opens there might be clubs bid for some of our players, you don’t know. There might be a situation where we might add to it so I keep an open mind.”

Ed Miller has been Ebbsfleet United's communications manager and programme editor since 2014 and responsible for the club website since 2007. Contact him on ed.miller@eufc.co.uk
PrevPreviousFleet 3-0 Eastleigh
NextPayne: “We’re building and only looking up…”Next