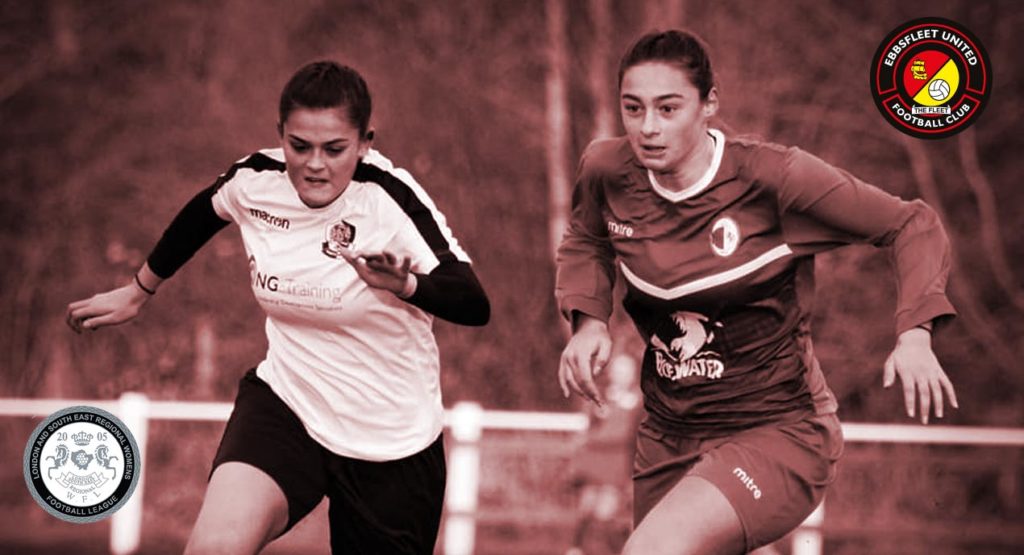 Ebbsfleet United are delighted to announce the addition of a senior women’s team plus junior girls’ sides to our ranks from the beginning of the 2022/23 season.

The women’s first team will compete in the London South East Regional Women’s League with the objective of achieving promotion to the FA Women’s National League. They will also play their home matches at the Kuflink Stadium.

Guests from the girls’ section will form our guard of honour at the start of tomorrow’s semi-final and players from the women’s team will be introduced around the pitch at half-time.

The team have previously been playing under the banner of Kent Football United, formed in 2016. They won three league titles and consecutive promotions in their first three seasons as well as reached the First Round Proper of the FA Cup.

Playing in the Women’s National League (one of the top 96 teams in the country) for three seasons, the side averaged crowds of more than 200 and increased the involvement of their playing section by 700%. Over the past year, the introduction of a clear female pathway has catered for more than 120 girls through the various age levels and in cup competition they exceeded their record to reach Round Two of the FA Cup.

Sam MacNeil, head of operations and first team manager of the women’s team, said: “We now enter an exciting new chapter as Ebbsfleet United Women playing out of The Kuflink Stadium. I would like to personally thank the club for giving us this opportunity and platform. It will allow us to continue growing, expanding and developing the female game, creating the strongest player pathway in Kent.

“Joining such an established club as Ebbsfleet United will strengthen the infrastructure needed to provide the services we offer whilst also increasing the growth of the female game.”

Ebbsfleet United CEO Damian Irvine said of the development, “It gives me great pleasure to welcome everyone from the women’s team and down through the age groups numbering 120 girls to our Fleet family.

“As always here, we do things at the right time and in the right manner. The female game is a huge and growing part of football and we have always said we wished to reach further into our local community as we evolve on and off the pitch. Women’s and girls’ teams playing under the Ebbsfleet United badge gives the club huge visibility in new areas. At a time when there is a campaign against sexism in football under the #HerGameToo banner, we are proud to be able to give women and girls the opportunity to represent Ebbsfleet United.

“Perhaps most exciting for us is that the large number of wonderful young girls who attend and support the club with their parents on matchdays will be able to aspire to follow the club and perhaps play under the same badge one day as boys have historically been able to.“

Ed Miller has been Ebbsfleet United's communications manager and programme editor since 2014 and responsible for the club website since 2007. Contact him on ed.miller@eufc.co.uk
PrevPreviousPreview: Super Sunday!
NextFleet 1-0 Chippenham TownNext