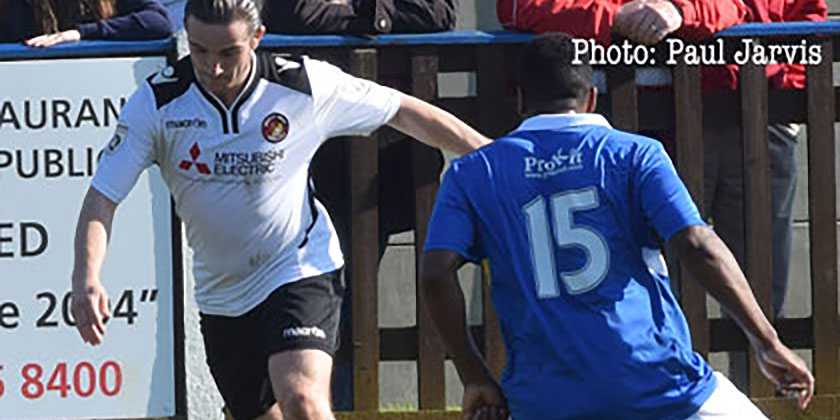 Having dealt with Maidstone United 10 days ago, Fleet travel to their second set of Stones – Wealdstone – in a bid to maintain the winning start to the season.

Fleet boss Daryl McMahon made his first team change of 2015/16 in midweek, with Stuart Lewis coming in for Dean Rance in the abandoned game at home to Weston-super-Mare and spoke in his programme notes of how eager those players not yet involved are to get a start.

Last season’s game at Wealdstone, back in April, was a tough and occasionally ill-tempered affair and McMahon will no doubt give careful thought to the holding midfield role in such an away match. But with Fleet having weathered a similar storm at Maidstone and having “delighted” their manager with their performance in the first 45 minutes on Tuesday, McMahon is unlikely to tinker much with his in-form side. And while on the subject of weather, Saturday is forecast to reach 30°C so both sides will find it hard going.

Fleet’s previous visit to The Vale (pictured above) saw a 1-0 win courtesy of Luke Rooney’s free-kick which deflected off Wealdstone defender Elliott Godfrey. In that game, former Fleet loanee Jefferson Louis saw red for raising an arm to Matt Fish and the big striker has just returned from suspension.

Fleet are likely to have only five or six players starting from the corresponding fixture last season, while Wealdstone will be hoping returning players, including Louis, can make a difference to a rocky start to this season. The Stones signed former Barnet goalkeeper Shane Gore on loan this week, to cover for regular keeper Jonathan North who is due a suspension next weekend.

The Stones have had something of an overhaul in the summer, with strikers Conor Calcutt and Josh Hutchinson arriving from Stevenage and Potters Bar respectively. Defenders Matt Bevans (Oxford) and Josh Urquhart (Harlow) are also likely to be lining up against the Fleet, while our former midfielder Michael Corcoran will be keen to get one over on his old club.

Despite their lowly position at this stage of the season, the Stones’ three opening defeats were only by the single goal (against Bath, Concord and Eastbourne Borough) and they picked up their first point in midweek, at Margate, despite the home side hitting the woodwork on three occasions. Goalscoring appears to be the Stones’ main problem at this stage, with only two goals on the board, and they must breach a miserly Fleet defence which has yet to concede.

The average home gate at The Vale this season is around the 600 mark but Fleet swelled the gate to 901 last season – and the home side’s half-price entry offer to Watford season-ticket holders this weekend should see their early-season average rise.

Ed Miller has been Ebbsfleet United's communications manager and programme editor since 2014 and responsible for the club website since 2007. Contact him on ed.miller@eufc.co.uk
PrevPreviousSeptember date for rearranged game
NextWealdstone 1-2 FleetNext 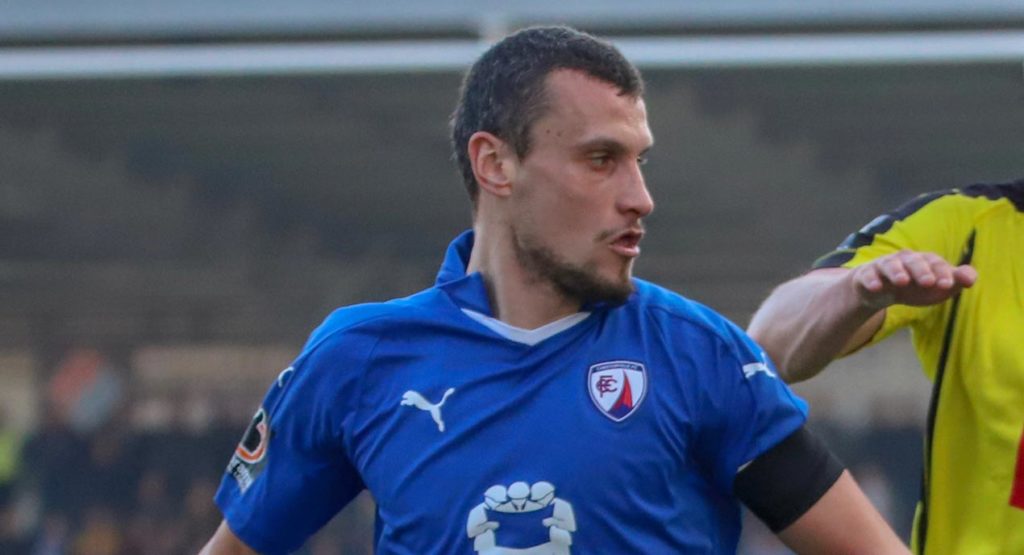