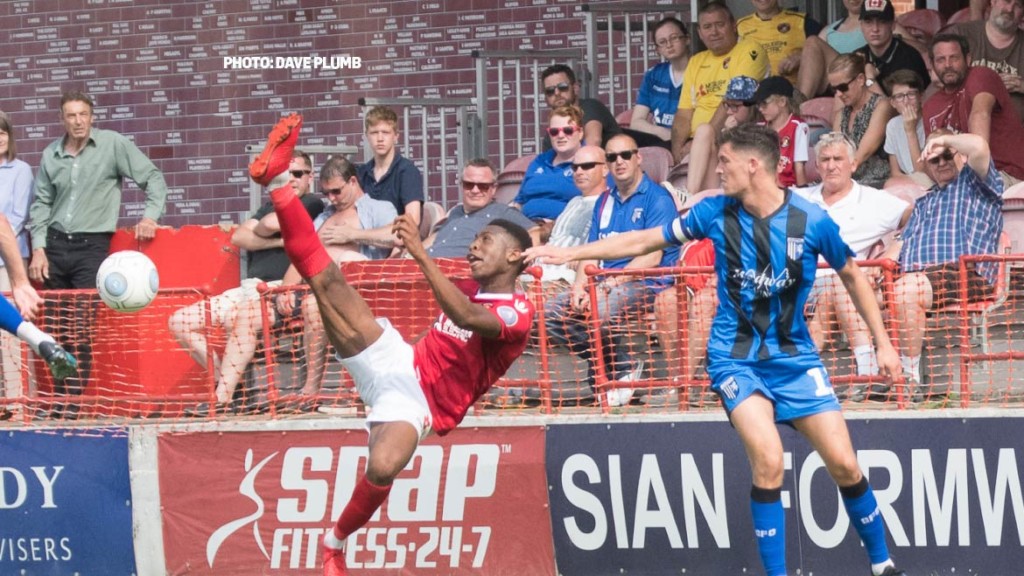 Fleet reserved their best performance of pre-season for their toughest test yet as a Gillingham side with four new signings and seven who made League One appearances last season succumbed to a goal in either half. And the afternoon was made all the more memorable for Ebou Adams’ stunning overhead kick for the second goal, which many watching inside the Kuflink Stadium claimed was the best goal they’d seen in the ground.

Nathan Ashmore was back in goal, Jon Miles having enjoyed more minutes in pre-season so far, while Danny Kedwell also made a start against his old club. And Gills made an audacious beginning straight from the kick-off, Billy Bingham launching a shot from the centre circle that Ashmore, likely still settling himself into position, managed to tip behind for a corner.

Such an opening was as good as it got for a short spell with the visitors enjoying more possession and territory in the initial period. Corey Whitely’s running was Fleet’s best outlet and his sparky performance soon rubbed off on his teammates who began to up the ante as the warm afternoon wore on.

Gills goalkeeper Tom Hadler was under pressure from Jack King as both rose for a high delivery, the Fleet defender getting the better of it but not quite able to direct his header where he wanted it. On 17 minutes, the best chance of the game to that point came Fleet’s way, as two free-kicks on the edge of the box put the visitors under pressure. From the second, Powell hit the wall then followed up with an effort that fell nicely for Sean Shields, who shrugged off one challenge to send a shot goalwards that Hadler did well to push away.

Back came the Gills and their most impressive outlet up front Elliott List thundered a low shot at Ashmore that the Fleet keeper got one hand on to nudge behind for a corner. Fleet lost Kenny Clark to an injury shortly after that, the defender stretching for a ball and immediately feeling his groin as if he’d pulled something. Sam Magri came on to replace him.

It didn’t unsettle the Fleet, however, and they were ahead on 31 minutes. Whitely rather ran into an attempted clearance and it was enough for Adams to eventually get the ball under control and lay a pass into Shields who had sufficient space to fire low past Hadler for 1-0.

Whitely and Shields were ever more dangerous, their speed and skill illuminating the Fleet’s attack and it was Whitely who had another shot on target 10 minutes before the break, opening his body up as he ran at the defence and despatched a decent effort that Hadler acrobatically tipped away from the goal. 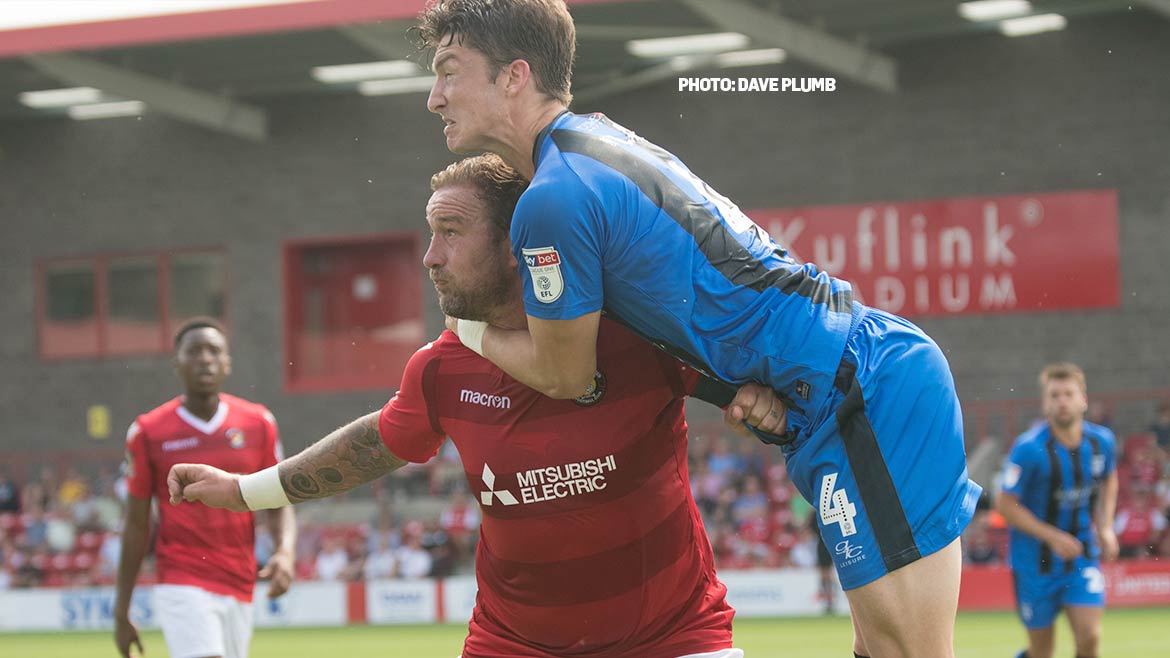 If friendlies could be accused of being a stroll in the sun, Adams turned that on its head within three minutes of the restart with a fantastic goal. He started it in midfield, combining passes with Jack Powell. Kedwell held the ball up long enough before laying it back into Powell’s path and a wonderfully weighted lob drifted towards the penalty spot where Adams, continuing his run and with his back to goal, managed to twist into position and hook his right foot on to the ball in mid-air to send it spinning past Hadler. It was a truly superb goal that would and should have graced a better stage than a pre-season friendly.

Fleet never looked in much trouble of being pegged back after that. Adams even had the boldness to attempt a repeat of his overhead kick from a corner but this time it went off target. On the hour mark, Kedwell showed his former employers that he’d lost none of the drive that made him a cult hero at Priestfield as he muscled his way from the left into a shooting position and struck a fierce low shot just wide.

Magri and King both met crosses from corners that weren’t too far off and substitute Myles Weston ran on to Kedwell’s flick-on to send a curling shot into Hadler’s arms. At the other end, Ashmore had little to do though was alert enough to block List’s decent run and shot two minutes from the final whistle.

Ed Miller has been Ebbsfleet United's communications manager and programme editor since 2014 and responsible for the club website since 2007. Contact him on ed.miller@eufc.co.uk
PrevPreviousGuess who’s back…?
NextAdams: “I feel this is the right club for me”Next