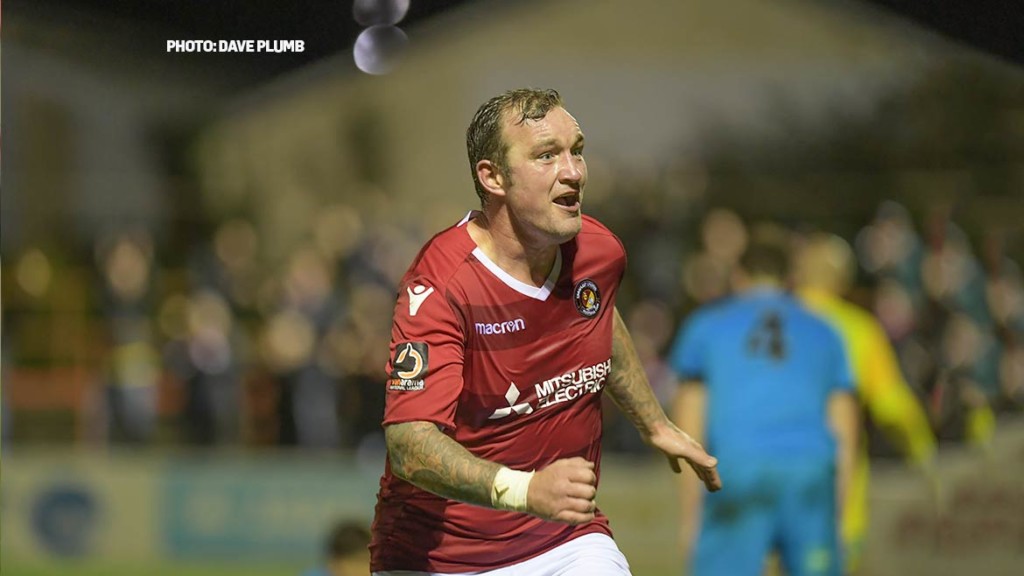 No sooner did he reach the 60-goal mark, than Danny Kedwell started his campaign for 70 as his late strike handed the Fleet their first home win over Barnet since the giantkilling victory in the FA Trophy way back in 1989. A tight game could have swung either way in the second-half but Fleet shifted gear when they needed it most and struck six minutes from time.

Kedwell had much to thank Bagasan Graham for, with Garry Hill making an inspirational substitution on 82 minutes and no sooner had Graham touched the ball than he floated in a cross for his skipper to grab the three points.

Hill stuck with the same side that beat Aldershot 2-0 last week, the only change coming on the bench where Andy Drury replaced the outgoing Luke Coulson. Barnet relegated FA Cup goalscoring hero Dan Sparkes to the bench and went with a front two of one-time Fleet target Byron Harrison and new signing Mohamed Bettamer.

In reassuring form, Fleet began confidently though it was Barnet with the first shot, Harrison getting direction but not much power on Jack Taylor’s corner inside 120 seconds. Fleet struck back straight away and from an attack down the right flank, Michael Cheek threatened to get in behind the Bees back line but as he attempted to pass, his ball was cut out for a corner.

Chris Bush smashed a free-kick into the wall on 11 minutes as Fleet tried to play a passing game that wasn’t quite coming off as the ball seemed to stick on a sodden surface with rain teeming down. Jack Payne was snapping away in midfield and Jack King behind him strong in defence as the game became something of a stalemate, albeit one with the home side edging proceedings in the middle.

On 24 minutes, Kedwell got the slightest of touches to nod a ball into the box that Cheek sped on to but Craig Robson was across well to dispel any fears for the visitors. Fleet’s best chance came nine minutes later when Myles Weston’s well-worked free-kick flew low into the Barnet box and as Cheek got a deft touch to help it on its way, Dan Sweeney was on hand to sweep the ball off the line.

Barnet were forced into a change just before half-time, with Medy Elito coming on for right-back Cheye Alexander but it was another right-back who nearly grabbed the headlines in time added on as Whitely found Lawrie Wilson and he zipped an effort just over Cousins’ crossbar. 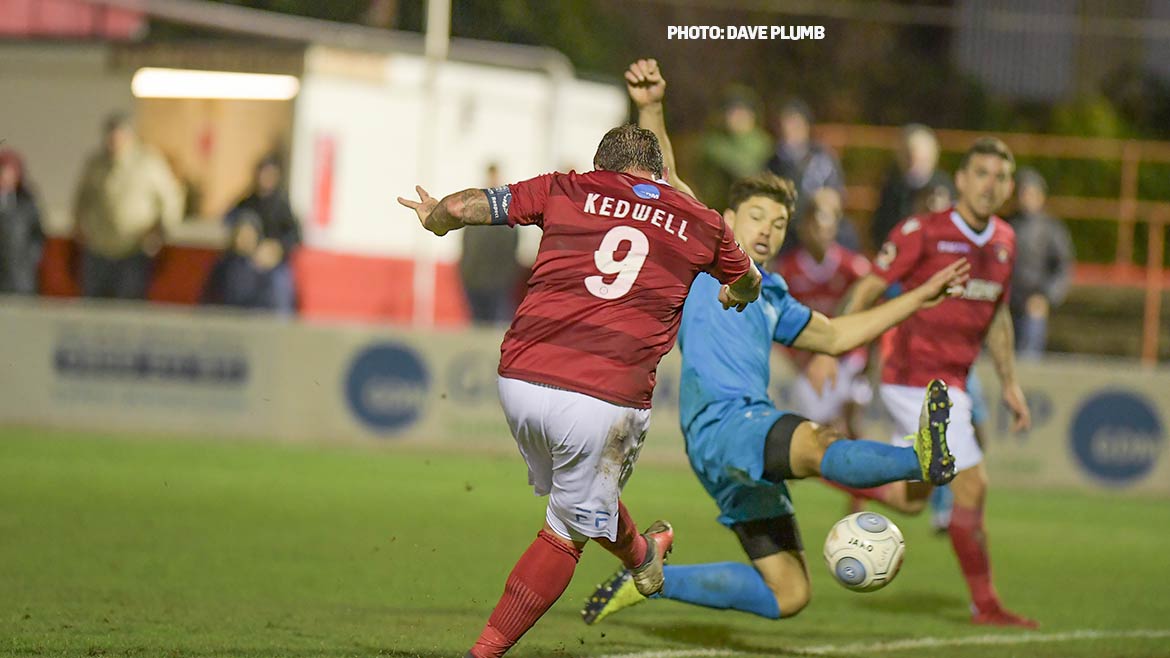 The visitors might have looked a little sluggish in the first half but they come out with real intent in the second period. A lively move straight from kick-off saw Wes Fonguck race into space down the left only for his pass to be cut out by Jack Payne on the edge of the box. Fonguck’s athleticism was posing problems for the Fleet defence and he spearheaded two more attacks, the second releasing Bettamer to find space behind the back line and with Ashmore exposed, the Fleet keeper did well to spread himself and block the shot.

Fonguck whipped another effort from the left past the opposite post on the hour mark as the home side struggled to get a foothold and the same player found Taylor in space by the far post but he missed the target, disturbing only the side netting. It wasn’t for a lack of trying on the Fleet’s part with tireless running from the likes of Ebou Adams and Whitely, but nothing was quite sticking for the forwards. Hill introduced Cody McDonald early on in the half for Cheek as he tried  to increase the pressure on the Barnet goal and slowly Fleet turned the screw.

Kedwell set McDonald up for his first chance on 64 minutes with a fine delivery and the Fleet’s new signing caught sight of goal on the turn but pulled a half volley wide. Adams went into the referee’s book minutes later in a strange exchange where he was pushed in the back by Shaquille Coulthirst and accidentally connected with the ball, Mr Bourne instead interpreting it as kicking the ball away.

It spurred Fleet on, however, as they began to ask more questions of the visitors’ defence. Another faint touch from Kedwell bamboozled Craig Robson, allowing McDonald to steal half a march on him and squeeze through on goal but under pressure he fired wide.

The game could have swung either way and when Fleet weren’t awake to a quickly taken Barnet free-kick, it needed a superbly timed tackle in the box by Adams to deny Elliott Johnson.

It all hinged on Hill’s next move, however, and when he sent Graham into the fray, the former Chelmsford man’s persistence in the tackle paid off as he won the ball in midfield, floated a cross into Kedwell’s feet and the stand-in skipper paused, managed to steal another couple of inches on the defender before tucking a firm shot beyond Mark Cousins from six yards.

Barnet’s efforts were spent and Fleet could have extended their lead. Twice more the luckless McDonald ran through on goal, the second time rounding Cousins but seeing his shot fail to make the line as Sweeney got back to hack clear. The visitors had one last chance when Fonguck half-connected with a shot that didn’t have venom but did have accuracy and Ashmore had to get down low and at full stretch to get a hand to it.

With Adams and Rance holding the opposition at bay, Fleet saw things out to send themselves top of the form table.

Ed Miller has been Ebbsfleet United's communications manager and programme editor since 2014 and responsible for the club website since 2007. Contact him on ed.miller@eufc.co.uk
PrevPreviousPREVIEW: Barnet
NextTight-knit Fleet show resilienceNext