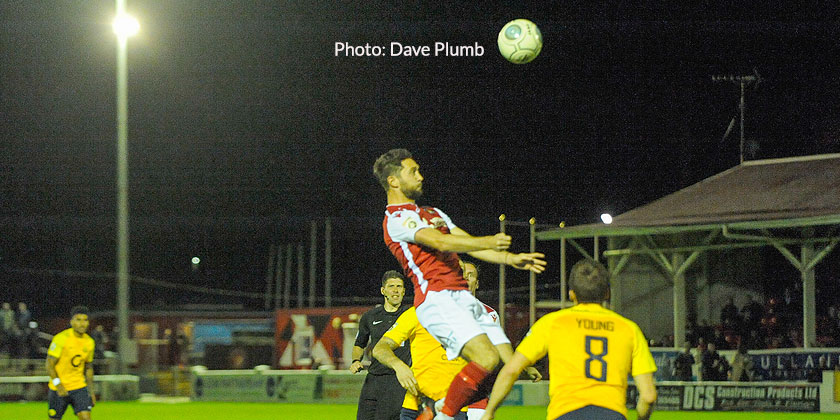 Fleet succumbed to their second home defeat of the season as Jamie Reid’s second-half winner gave Torquay United their first victory on the road in 2017/18. Daryl McMahon had warned his side that if they weren’t at their best they’d be beaten and an out-of-sorts Fleet side really only applied any pressure on the Gulls defence late in the game.

There were two changes for the home side, with Marvin McCoy and Myles Weston coming in for Sam Magri and Aaron McLean, who both dropped to the bench. Torquay, despite hints by manager Gary Owers to the contrary in his pre-match announcements, named an unchanged eleven.

Fleet had the best of the opening moments and inside the first minute Myles Weston had broken free down the right and fired a cross into the six-yard box that Sean McGinty had to hastily hack clear. Weston was sprightly early on and he soon had sight of goal again with another effort as he powered his way to the edge of the box and loosed another shot wide. That promising start wasn’t built on, however, and the first half regressed into a rather stately midfield battle with both sides giving possession away cheaply.

On 16 minutes Jack Powell did well to play his way out of trouble but his pass out wide was intercepted by Luke Young who sped through the space opening up in front of him and rifled a shot goalwards that Nathan Ashmore could only push away in front of him. From the 20-minute mark, the Torquay midfield started to win a lot of second ball and it meant Fleet found it difficult to put much pressure on in the final third.

When Fleet did have their openings, they just couldn’t hit the target. Weston’s deep 27th minute cross to the far post was well met by Danny Kedwell but the downward header went the wrong side of the woodwork. Back game the visitors and another lapse in midfield allowed Torquay to break. Liam Davis played a quick pass into Reid and Ashmore palmed away his effort which ran to Ryan Higgins but the angle was narrowing and he could only disturb the side netting. 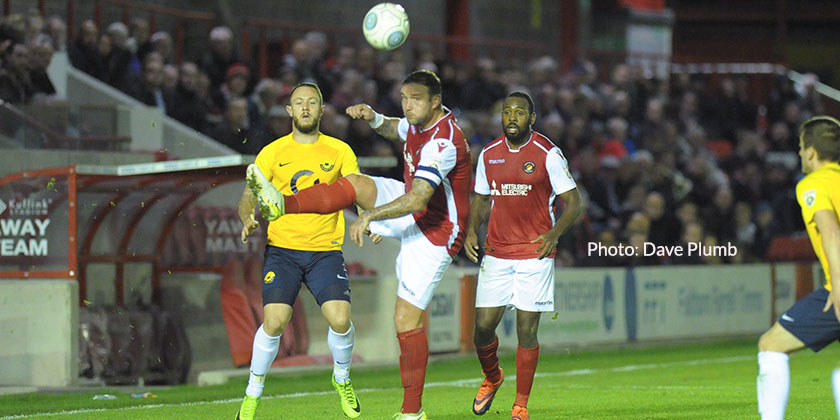 With little else of note as the first half limped to a close, the 1,525 crowd were hoping for a more open second half but only the Torquay contingent will have been pleased they got one. McLean was introduced for Sean Shields for the Fleet in an effort to close the gap between midfield and Kedwell but the second period took a while to shake off the slow tempo of the first. Ryan Murphy should have done much better when an errant back header from a Fleet defender gave him the chance to divert it past Ashmore from close range but he sent it wide.

Powell tried to get the Fleet going in midfield and his 55th minute shot from outside the box was worth a go. He then produced a clever free-kick into space for Andy Drury who was lurking on the edge of the box but the resulting shot looped high over the bar. A good move minutes later saw McLean play in the overlapping Drury whose rapid cross into the six-yard box was just too far ahead of anyone in a red shirt.

From the hour mark, Torquay started to look the more threatening with Davis seeing a shot blocked before he set up Reid for another effort that was scrambled away for a corner. But from that spell of play, Reid again found himself in possession just outside the box. He wheeled inside one challenge then created space for himself with another touch before curling an excellent effort away from Ashmore and into the top corner.

McMahon responded by withdrawing both full-backs and going to a 3-5-2 but Torquay continued to harry the Fleet midfield and close down any space and it took a while for the tactical change to kick-start a revival.

The big talking point of the game came on 75 minutes when Powell did the unexpected again with another free-kick. With the Torquay defence expecting a cross into the box, Powell changed direction and fizzed in a low shot to the near post that goalkeeper Vincent Dorel gathered on his line but according to the loud appeals from Fleet players and fans, he perhaps carried it over. The referee looked long and hard but with no instruction from his assistant, he opted to play on.

Fleet began to turn the screw after that and an excellent one-touch move involving Dean Rance, Powell and substitute Luke Coulson ended with Powell splitting the defence with a pass for McLean but Torquay got a leg to it eight yards out. Coulson was proving to be an effective outlet and he got several crosses in as Fleet strove for an equaliser. Powell managed to nutmeg two defenders and send in a decent low ball that Dorel dived on before McLean could unload.

Torquay made their three substitutions in the closing minutes to wind the clock down and the sting was gone from Fleet’s brief burst of impetus to send the points back to Devon.

Ed Miller has been Ebbsfleet United's communications manager and programme editor since 2014 and responsible for the club website since 2007. Contact him on ed.miller@eufc.co.uk
PrevPreviousBrandy fortifies Fleet forward line
NextHard work but no smart work, says MaccaNext