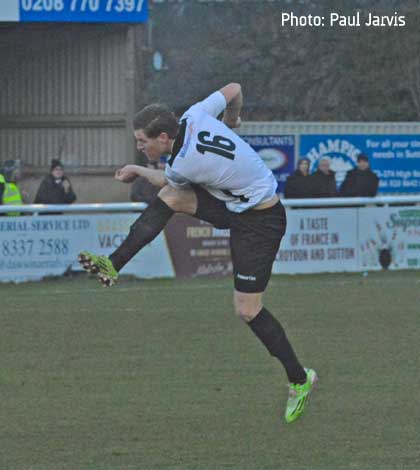 The Fleet Trust has had a busy time this week. Four coachloads of fans – not to mention plenty more travelling under their own steam – will descend on the Miles Smith Stadium (or Cressing Road as we know it best) for Saturday’s FA Trophy tie knowing that a place in the quarter-finals marks a real chance of progressing to that Wembley final.

Braintree will be Fleet’s third higher-placed opponents in succession in the competition and our first game away from home since Hendon, Welling and Forest Green Rovers have all been put to the sword.

The win over FGR in particular had fans already dreaming of the national stadium regardless of who stood in the team’s way, though last week’s reverse at Sutton has calmed the somewhat enthusiastic hopes that the Fleet’s new-look side could move into top gear immediately.

Jamie Day will make two more important calls in terms of team selection when he reveals his hand come Saturday afternoon. It will be the manager’s first real indication about who his favoured goalkeeper might be with Brandon Hall and Preston Edwards both injury- and suspension-free. Also suspension-free, Anthony Acheampong throws up another selection headache for Day as he goes up against Kelvin Langmead and Kenny Clark for a place in the centre of defence. That particular choice will become ever more difficult for the Fleet boss next week when he also has Tom Bonner to consider, with the recent signing from Cambridge cup-tied for this one.

Also out of the picture through being cup-tied is Tyrone Marsh so it may be that Adam Cunnington (pictured) earns a start after he saw 45 minutes of action at Sutton.

Braintree, much like the Fleet side of the last decade, continue to defy the odds in the Conference – punching well above their weight and seemingly doing so without much threat of relegation.

Since earning promotion alongside ourselves in 2010/11, Alan Devonshire’s men have settled well into life amongst the big boys with three top-half finishes – with this season’s current 15th place meaning a fourth attempt is not out of sight.

In the Trophy, however, this is Braintree’s furthest progression since 2006/07 and a win over the Fleet would put them in the last eight for the very first time. Wins over AFC Sudbury and at Gosport (no mean feat, given Borough’s form this season) have brought the Iron to this stage.

On home soil, they have had some mixed results recently with a 3-0 triumph over Dartford and a 2-0 win over Torquay contrasting sharply with a 6-0 reverse in the FA Cup against Chesterfield, a 5-1 battering by Eastleigh plus losses against Dover, Welling, Woking and Forest Green. That said, overall the Iron are in good form with six wins from their last eight games.

Player-wise, the home side still have a few from their Conference South title-wining side, including Sean Marks, Kenny Davis, Matt Paine and one-time Fleet loanee Ryan Peters. Top scorer is Jordan Cox with seven this season, while Davis gets plenty of goals from midfield, too.

Having enjoyed a decent run against Braintree in our Southern and Ryman League days in the Nineties, Fleet’s recent form against Braintree will need to be improved upon – with the Essex side beaten only once in their last six meetings with the Fleet.

But with a healthy crowd expected, and a large part of it travelling from north Kent, the cup fever is growing – and hopefully the side’s momentum with it.

Ed Miller has been Ebbsfleet United's communications manager and programme editor since 2014 and responsible for the club website since 2007. Contact him on ed.miller@eufc.co.uk
PrevPreviousFleet part company with Sess
NextDr Abdulla promises free travel after Braintree game off!Next