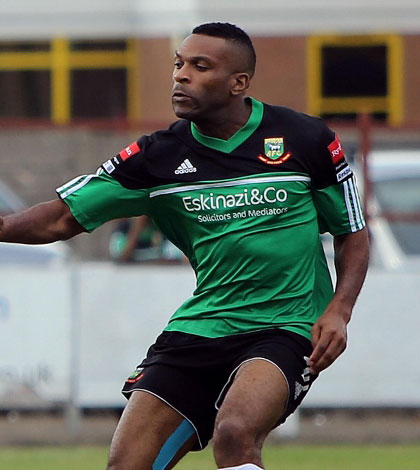 Fleet head into relatively uncharted territory this weekend with a caretaker manager at the helm for the first time since Paul McCarthy and Steve McKimm performed the role nine years ago, in between the departure of Andy Ford and the appointment of Liam Daish.

Now, like then, it is a current player in the role, with captain and Academy manager Daryl McMahon taking charge of team affairs following the departure of Steve Brown, as announced by the club on Wednesday.

Busy with preparation for the first Trophy tie of the season against one of the Ryman Premier Division’s leading sides, McMahon has not been drawn on whether team selection will differ markedly from the line-ups of recent weeks and will concentrate on lifting the players’ spirits after what has been a traumatic week at the Fleet.

A Trophy diversion could probably not have been better timed given Fleet’s midweek league defeat at home to Gosport and it will give the squad a chance to regroup. On the players front, Anthony Acheampong (illness) and Brendan Kiernan (injury) will both be assessed ahead of kick-off. Dean Rance is available as his suspension for a fifth yellow card at Eastbourne does not begin until December 6.

Hendon arrive at the PHB Stadium keen to test their mettle against higher-division opponents. Lying in a highly creditable third place in a division that boasts the likes of Margate, Maidstone United and Dulwich Hamlet, they will certainly fancy their chances of an upset. Having played in the same division for 37 years, and with manager Gary McCann at the helm for 10, the club believe their team building of the past few seasons is finally paying dividends in this campaign.

The north London club have plenty of experience in their side, with numerous players having been with the club for a number of years, clocking up more than 200 appearances apiece. New in the door this summer is ex-Fleet striker Kezie Ibe, a former teammate of McMahon’s at Farnborough when they won the Southern League together and played against us in the 2011 play-off final. Ibe has 11 goals to his name and he has formed a formidable 28-goal partnership with top scorer Leon Smith – who struck a hat-trick in Hendon’s league win over high-flying Margate.

Defender Chris Seeby has England representative honours and has played with St Albans in the Conference Premier, while young left-back Oliver Sprague has drawn the attentions of a host of League clubs including Stevenage and Brentford. Up front, quite apart from the goal threat posed by Ibe and Smith, Hendon can also call on the services of Aaron Morgan, Peter Dean, Belal Aite-Ouakrim and attacking midfielder Andre Da Costa so have plenty of options from the bench should they need them. New signing Charlie Goode could also make an appearance, having been on the bench for Hendon’s 3-1 win at Bury Town last week.

The Greens have beaten Bury Town (3-1 again) and Worthing (4-0) to reach this round of the Trophy. Last season they made it to the First Round where they lost to Whitstable Town, who of course went on to play the Fleet in the next stage.

This will be the third Trophy meeting between the Fleet and Hendon, with us having won twice (1990 and 2002) and Hendon once (1995). In all, it is our 18th meeting, with Fleet holding the advantage of nine wins to Hendon’s six, plus two draws.

Ed Miller has been Ebbsfleet United's communications manager and programme editor since 2014 and responsible for the club website since 2007. Contact him on ed.miller@eufc.co.uk
PrevPreviousFleet 2-3 Dover Athletic
NextTommy Warrilow leaves FleetNext