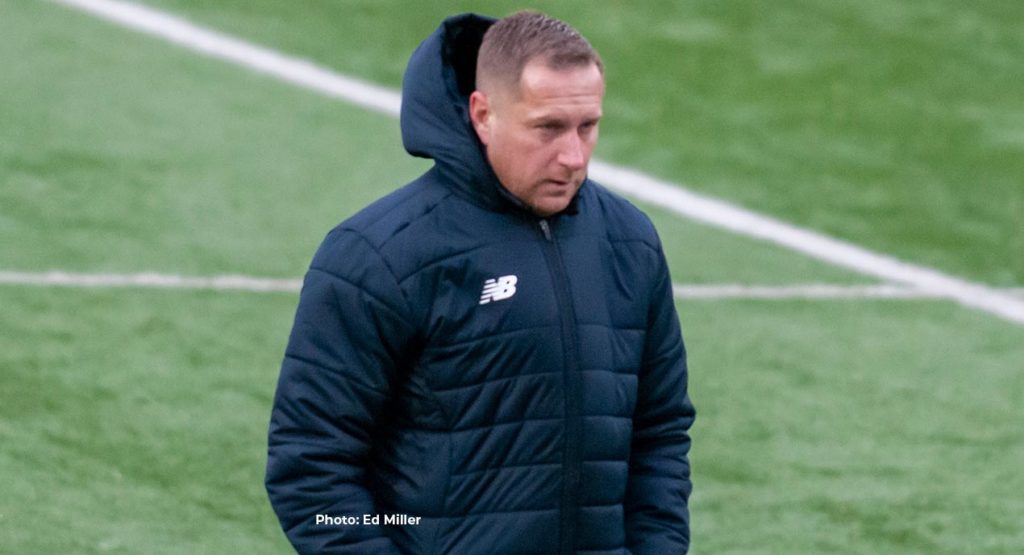 Fleet boss Dennis Kutrieb saw his side fight back from 2-0 down late on only to miss one crucial spot-kick that sent Cray Wanderers into Round 3 – and such small margins were the difference in the end.

He was unhappy with the disallowed goal in the first-half and thought his players lost a little focus thereafter as Cray built up a swift 2-0 advantage.

“You can’t get distracted because you don’t get the one goal,” Kutrieb told BBC Radio Kent’s Charles Webster. “Everyone was thinking it’s a clear goal and then after two minutes [the officials] made a change and they said ‘our idea is not to give a goal!’ and we go again. I know as a player you get a little bit distracted, you get a little bit off-track and you start to think about it, you’re unhappy about it. You could see our boys are still thinking about it and then a few minutes later [Cray] get a free-kick and a 50/50 decision. But that’s the small little margins and in football you need to stay focused, you need to be focused all the time.

“I don’t know if [Will Wood’s disallowed goal] was handball or not, I couldn’t see it. But everyone is back at the halfway line, [the assistant] was not raising his flag but then after two minutes he has an idea and you’re one goal down, you’re not one goal up then it’s tough. Every 50/50 decision today was very awkward for me, tough to take, but it’s gone now and we need to focus on Tuesday.”

Having fought back to 2-2, Fleet’s late pressure was their best spell of the game but they ran out of time – time that the manager would have liked more of to press home the momentum.

“It was not good enough [overall] but I think if the game is longer by perhaps four or five minutes, whatever, we get more chances to finish the game before the penalties. I was of course confident because I always think we have someone who wins you the game, or that the penalty shootout will go the right way, but it’s football and anything can happen in any game.

“The players had the feeling that if the game is a little bit longer, we would win easily but it doesn’t matter, it’s gone now and you can’t think about it.”

With several changes to the starting lineup, Kutrieb admitted he had one eye on the vital league clash this Tuesday and not unreasonably rested players in this very busy spell for the team.

“That’s what i just decided before the game,” he said. “We needed to make some changes. We have another tough game on Tuesday so i can’t see everyone on the pitch here for 90 minutes and then again on Tuesday on 3G. We know we have three or four tough weeks with six or seven games and that’s where we are at. Some boys haven’t played for a long time and they were allowed to play [here] after a few weeks off. It takes time to get used to it.

“There’s no time to waste to think about what we could have done better. They know they played a good second half at least and not everyone was on the pitch today who will be back on the pitch on Tuesday. It’s ‘squeaky bum’ time as we say and we need to lift them up and get ready for Tuesday.”

Ed Miller has been Ebbsfleet United's communications manager and programme editor since 2014 and responsible for the club website since 2007. Contact him on ed.miller@eufc.co.uk
PrevPreviousEnjoy 15% off this Black Friday weekend!
NextPreview: Fleet head for midweek City breakNext