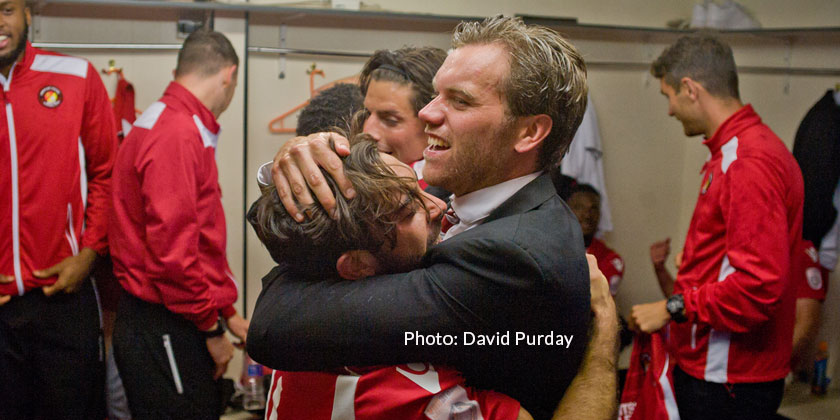 Deering digs deep from past experiences

Voted man of the match in our online poll, chiefly for his role in being the springboard for both Fleet goals, Sam Deering channelled his previous finals experience to force his side over the line last Saturday.

Deering lost the 2015 final with Whitehawk and then finished on the losing side once again with the Fleet last season, but he was able to summon the spirit of 2010 when he helped propel Oxford United back into the Football League at Wembley.

“I’ve played in these games before and sometimes you have to be the person to get everyone going and just take the game by the scruff of the neck and I felt like I was able to do that on Saturday,” Deering told Charles Webster.

“I’m so delighted, especially after last season. We were very unfortunate and we took that as a kick up the backside to pick ourselves up. We were literally in exactly the same position, 2-1 up in the last minutes and we all dug in and we won.”

Fleet’s half-time tactical changes were the catalyst for the win.

“We changed to a diamond in the second-half. Keds came off, Powelly on,” Deering said, “and I just literally ran my socks off. We’d got 45 minutes to go and try and win the game with 10 men, there’s no holds barred, we’ll just dig in and fortunately enough we won.

“We know what they’re like, they’re physical, they kick it long, they get after the seconds and that’s how they’ve done well this season. It’s worked for them and it didn’t work on Saturday because we do a lot of homework on teams and obviously playing against them twice already in the season so we knew we were more than capable of beating them.

“When they did go 1-0 up, it was like, hold up now, this has got serious, so that was the ultimate point where we all dug in and got what we deserved. ”

The former Whitehawk midfielder is now basking in the post-match glow of promotion and puts Fleet’s success down to the entire club pulling together.

“I thought it was a great day,” he said. “Obviously we were tasked to do a job and get promoted and ultimately we’ve done that, maybe in a harder style than we wanted to do it, but now we’ve done it, it’s good. All of us out there, players coming on, players that weren’t even involved in the stands, have all put massive effort in and we’ve all stepped up this weekend.

“The fans have been unbelievable all season and for them to turn up and sell it out this weekend was great for us.”

Ed Miller has been Ebbsfleet United's communications manager and programme editor since 2014 and responsible for the club website since 2007. Contact him on ed.miller@eufc.co.uk
PrevPreviousStand redevelopment given green light
NextFleet on display for Wembley’s 10th birthdayNext 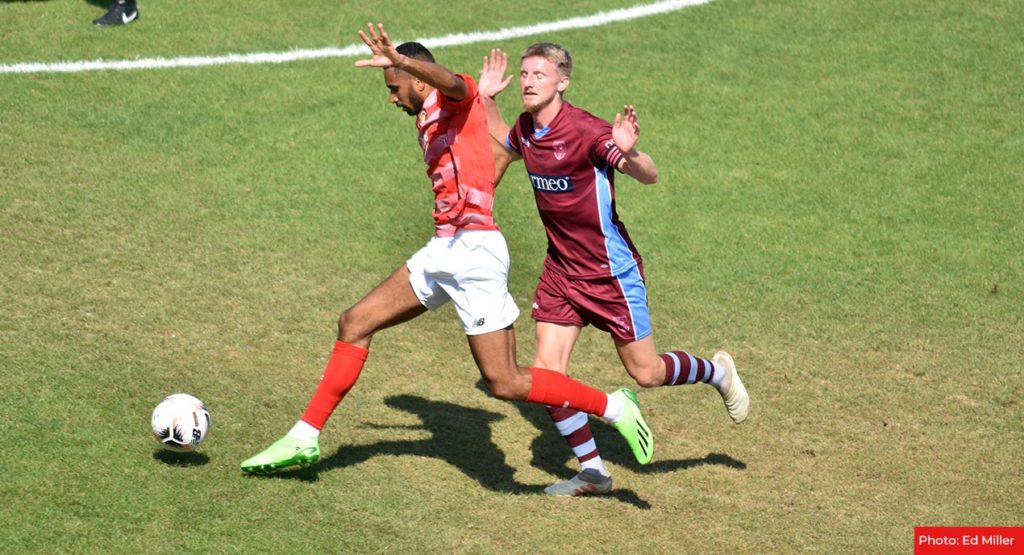