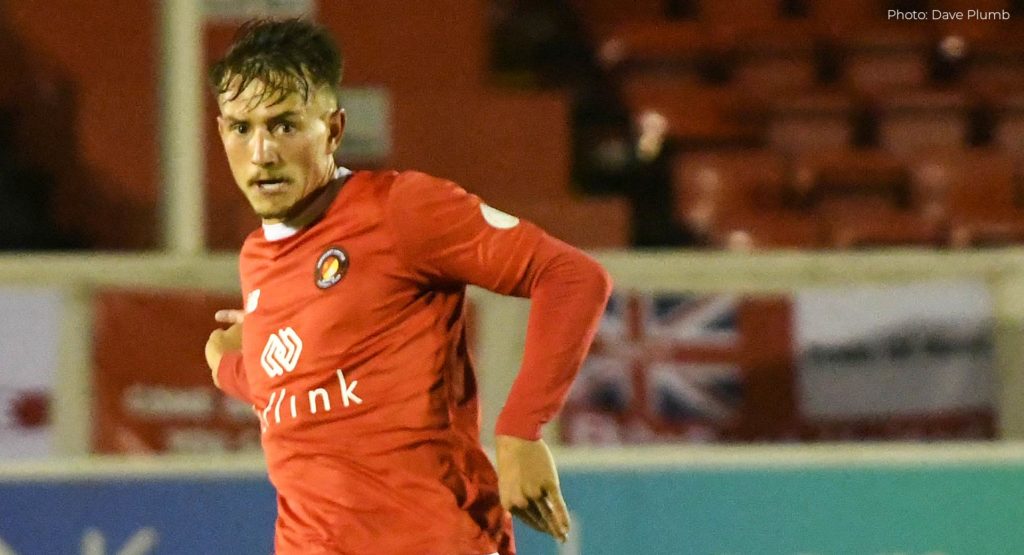 Ben Chapman’s versatility was well known on signing for the Fleet in the summer, the former Dulwich midfielder equally at home in the middle or at full-back. And his goals in pre-season and on the opening day suggested something of a goalscoring knack to his game as well.

Since the turn of the year, Chapman has filled in at centre-back but it’s not a position he’s unaccustomed to and he teamed up with Sefa Kahraman last night to keep Concord’s main man Alex Wall quiet for 89 of the 90 minutes!

“[The manager] knows I can drive with the ball, so it makes it a lot easier when I can come out with it and drive, but I can also defend and I’ve got the pace to get back at the same time.

“[Playing in that position] has been in the works for a little while and he’s trusted me to play wherever. I find it comfortable in all positions and I started my career as a sweeper or centre back so it’s no different to me. I’ll play anywhere in the middle or the back, I don’t mind, I just enjoy playing.”

The enjoyment was there for all to see at the Kuflink Stadium last night as Chapman and his teammates produced a free-flowing attack-minded display.

“We’re buzzing with our first win in a little while,” said the 22-year-old. “It was well-deserved and we fought the last 10 minutes and stayed compact.

“We were in a bit of a rut, but we’re out of that now and we’ll crack on to Saturday. When things aren’t going too great, it is just one of those things, but we showed bouncebackability. Since the start we’ve had a positive mindset and said, look, no matter what happens, we’re going to get the three points, we’re going to get the win. And it showed today.

“Everyone was happy, obviously. No-one likes to lose and no matter if it’s against bottom or top of the league, everyone loves to win. We’ve stayed positive, we just need to bounce on and we’ll keep getting stronger.”

Fleet’s squad is blessed with plenty of technical players and Chapman says they continue to evolve and adapt to the needs of the division.

“We’re all very technical and everyone’s very gifted,” he said. “We’re starting to bring that together now, working as a team. Obviously you need a little bit of luck too, we got a bit with their guy missing the goal but that happens throughout the season. That’s the National League South, that’s how it works. You get a bit of luck, you miss a goal or you score a goal that shouldn’t go in. That’s just the way it is.

“We all believe in [the manager] and we showed that tonight. We showed it all through pre-season and we’ve shown that it does work. And now that we’ve incorporated into our game to go long, to earn the right to play, that’s what we’re doing and that’s why we got the result today.

“That’s all worked on in training, that’s the gaffer’s work. We’ve got the passing and we’ve got the long game, so we can do both, we can do the short game very well, so on a nice pitch or 3G pitches, we can pass and pull teams apart.”

Fleet continue to look to climb the table with Hampton up next and Chapman is adamant that while there is no pressure on where the team sits in the league at this early stage, they all want to push on and fill the top places.

“We’ve said that from the start,” he confirmed. “That’s what everyone wants to do otherwise what’s the point of playing football, you just want to float around? We want to win.”

Ed Miller has been Ebbsfleet United's communications manager and programme editor since 2014 and responsible for the club website since 2007. Contact him on ed.miller@eufc.co.uk
PrevPreviousMore belief = more wins, says boss
NextHighlights: Concord RangersNext 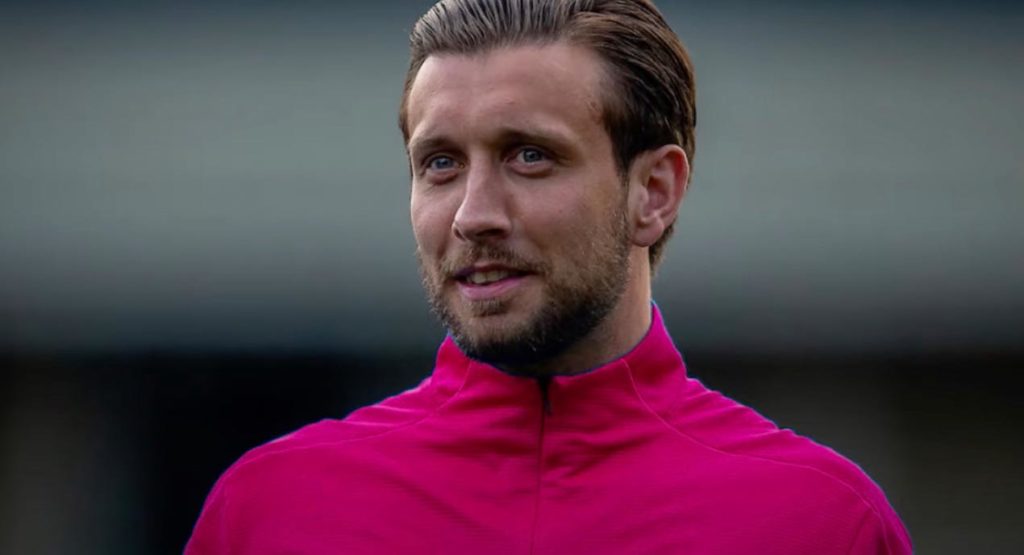