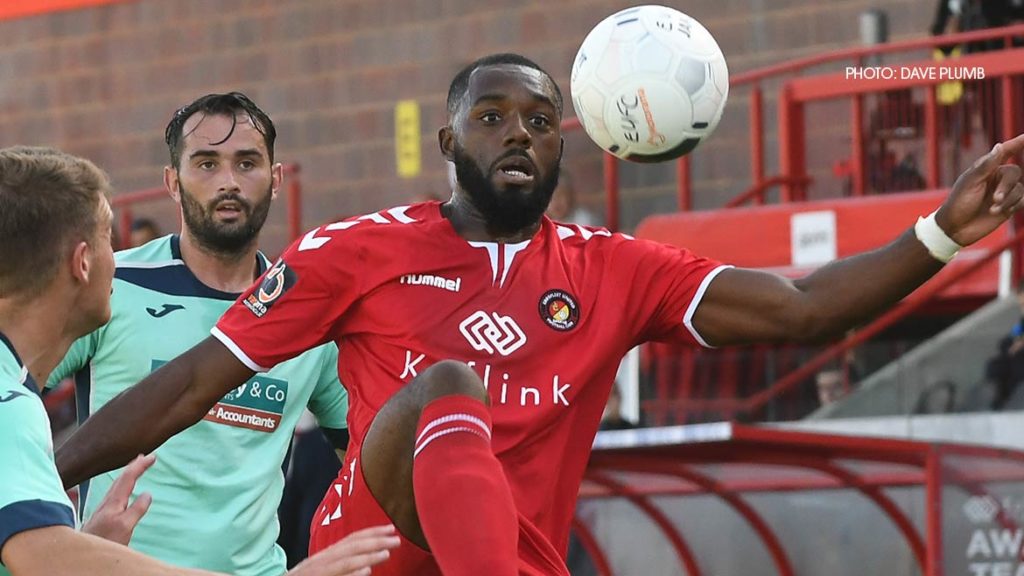 Can Fleet be stung into action on home soil?

The Bees are in town but Fleet have a huge challenge on their hands to get the Kuflink Stadium buzzing after Saturday’s defeat to Barrow.

It was no understatement when Garry Hill said his side would “have to do a lot, lot better” than the “very sorry” team that trooped off after 90 minutes but how much room for change he has will depend on the fitness of his squad.

John Goddard and Aswad Thomas were on the missing list on Saturday, while Alex Lawless didn’t make the squad, curtailing the midfield options open to the manager. It meant Alfie Egan got half an hour in the second half and Zach Dainkeh was named on the bench. Egan certainly could be pushing for a starting place if the manager wants to shake things up, while Botti Biabi is another option in a wide role.

The wait for a win at home becomes ever more pressing as teams above the Fleet carve out points and with a six-point gap now to safety, the home side can’t afford to let any more distance open up.

Barnet present a considerable challenge before Fleet travel to Wrexham and then Harrogate and, despite their 4-2 defeat at Halifax on Saturday, Darren Currie’s side remain in the play-off places.

The loss at Halifax was Barnet’s first defeat on the road this season and that has come despite a hefty number of injuries that have shorn the large 28-man squad. Manager Currie hinted a few may be on their way back, but that would more likely be the case for Saturday rather than this midweek game at the Fleet.

Barnet are likely to be without former Maidstone defender Dan Sweeney, as well as a number of other influential players including Andre Boucaud, Harry Taylor, Elliott Johnson and James Dunne. Striker Shaquile Coulthirst didn’t make the side at Halifax either and there are a number of other names on the potential casualty list.

They do have strength in depth, however, and former Braintree attacker Simeon Akinola is in good form and he has now been joined by Alfie Pavey, signed from Dover Athletic last week. Midfielder Jack Taylor has a couple of goals to his name from midfield as well. Meanwhile, youngster Loic Hernandez has been filling in at left-back recently.

Currie has challenged his side to bounce back from the Halifax defeat but won’t allow his players any complacency against a Fleet side who should now be scrapping for each and every point. Echoing his opposite number Garry Hill, he has said he expects better: “The players have to raise their game and be better than they were on Saturday there is no doubt about that.”

Fleet achieved their first ever double over the Bees last season during which Barnet failed to score in either game. It’s a more focused Bees team under Currie, however, and they are eyeing the play-offs and what would be a fourth return from the National League to the Football League.

The match is not segregated and Barnet fans are free to use the Fleet social club. Car-parking is available at Ebbsfleet International Station Car Park C for £3. Drivers are advised to avoid parking around the premises of local business and to avoid leaving cars on the Thames Way clearway near the roundabout as that runs the risk of being ticketed.

Ed Miller has been Ebbsfleet United's communications manager and programme editor since 2014 and responsible for the club website since 2007. Contact him on ed.miller@eufc.co.uk
PrevPreviousIt’s up to us to perform, says Grimes
NextFleet 3-0 BarnetNext