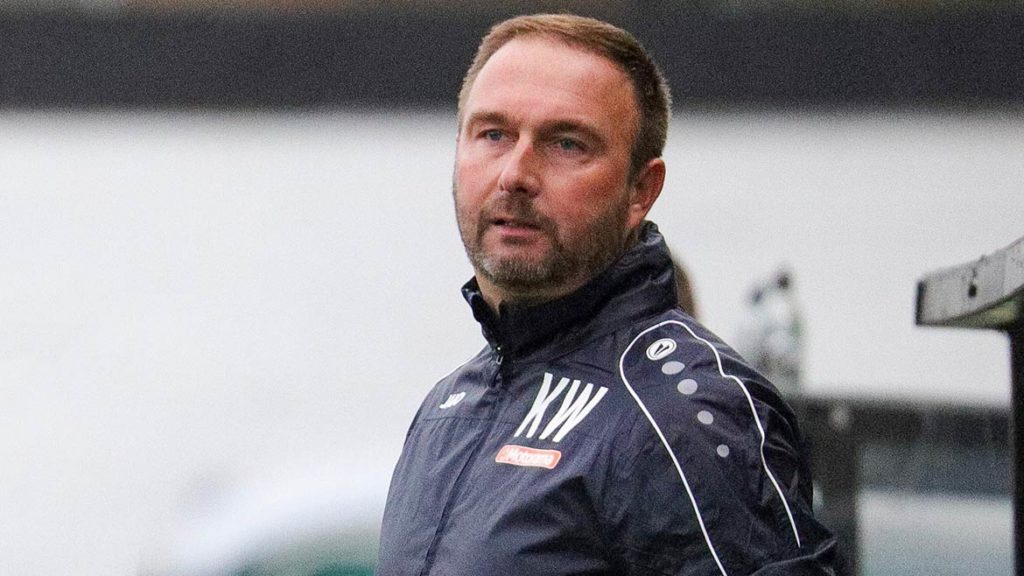 An off day with the ball, says Fleet boss

Kevin Watson was disappointed at how his side lost the three points in stoppage time but reflected that a draw was no more than Stockport deserved for their second-half efforts.

“The way it ended was disappointing,” said Watson, “but to all intents and purposes I’m pleased we’ve come away with a point because where we’ve normally been very good – playing on the counterattack, using the ball well, passing to a red shirt – not today.

“It was an off day with the ball and if we’d played anything like we can with the ball, we’d have given them more problems than we did. It kept changing hands too quickly in the second half.”

Fleet were forced into reorganising their shape midway through the first-half when Jamie Grimes went off injured and Watson’s tactical options were hampered further when Marvel Ekpiteta’s yellow card brought about a second substitution as the second half began.

“We had to reorganise,” he said. “We started with a four which wasn’t quite working. I thought it would based on our second half against Hartlepool but quickly realised that wasn’t going to work today. We went back to our trusted three.

“I had to take Marvel Ekpiteta off at half-time, he was on a booking and the lad he was up against was very lively and I could only see that ending one way. You’ve made two subs already at half-time and we came under the cosh so you’re reluctant to make a change quickly because there were still 35 minutes left. I’m pleased with a point on the balance of play but when it came, not pleased.”

And neither was the manager pleased about the way in which a somewhat soft free-kick was scored, in a very similar manner to Myles Weston’s last week.

“I’m disappointed with the way that ball ends up in our goal,” Watson said. “We drop far far too early from the lad who’s going to take the free-kick, we should have held and held and waited until his last step before he’s going to take it. In the end, as soon as he starts his run-up, we start dropping and our boys are nearly on the six-yard box. You’ve got to be brave and stay out and give Harry Palmer more time to see the ball and see where it’s going.”

Palmer made some solid stops throughout the game and earned his manager’s praise, while the home side also impressed Watson.

“Harry played well, he made some good saves,” said the Fleet boss. “We saw off the first 20 minutes when we knew Stockport would have a go and they had one chance that Harry saved. Then we started getting into it, we got the goal but we still needed to be better with the final pass.

“With a better final pass, better decisions in and around their penalty area, we could have had another couple. But second half, all credit to Stockport, they threw three up against our three and sometimes you’ve got to deal with that. It’s going to come in your box, we defended bravely but in all honesty I’ll take a point because Stockport deserved that. They put us under severe pressure.

“But as I said to them, it’s one defeat in eight and based on the way Stockport played, especially in the second half, they’re going to be in and around those play-off spots. They’re an ex-League club, everyone we seem to play at the minute’s an ex-League club in this division. So I’d just like those Ds in the form column to be turning into Ws now.”

Tomi Adeloye played his first 90 minutes for the Fleet and marked it with a goal on his debut but Watson felt his fellow strikers could have added to that.

“Tomi did well, he had cramp,” said Watson. “But I’m disappointed in the first-half with our decision-making a couple of times where for me the ball should be in the back of their net. And if you go in two or three up, then the game’s effectively over. You’re going a long way towards winning the game.”

It was Fleet’s third draw in a row in the league and keeps the team within touching distance of safety – but a targeted points total isn’t something the manager is occupying himself with.

“Who knows [how many points we need]?” he said. “As many as it takes to be above the line at the last game. That’s where we need to be. We’ve got enough with what’s here and what I’ll try to bring in to enable us to climb. At the start of the season, you’re talking a good season being 12th, 13th or 14th. Now I’ve had a word with the owner, I’ve said [we’ve just got to] get out of it and be above the line and everyone will be happy and we’ll kick on next season.

“We’re not far away, we’re two or three players far away and we’re going to get better. We’re on a run where we will get out of trouble and we are good enough. We’re ticking over but that next win will be pivotal for us. Anyone beats anyone in this league, it is the nature of a competitive division.”

Ed Miller has been Ebbsfleet United's communications manager and programme editor since 2014 and responsible for the club website since 2007. Contact him on ed.miller@eufc.co.uk
PrevPreviousStockport County 1-1 Fleet
NextBare bones for BarnetNext