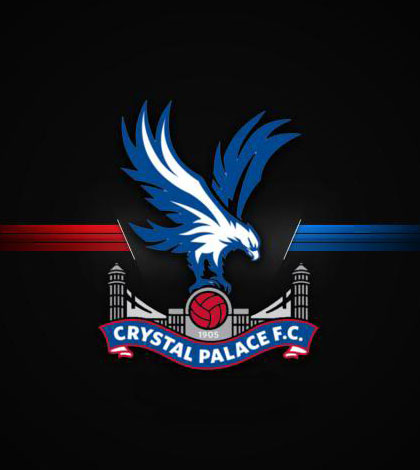 Ebbsfleet came from behind to take the points in a match that was very much a game of two halves. On a very wet day the pitch at Stonebridge Road was in an excellent state and despite the continuous rain throughout the match showed no signs of waterlogging. Palace started the game brightly and had an early chance after only 2 minutes when Guyliano Mpungi had a hooked volley from wide left fly across the face of goal and just wide.

Fleet then had a good chance on 7 minutes when captain Karn Miller-Neave’s left wing corner was turned goalwards by Louie Allen and deflected to Caleb Bearman-Dyce at the far post who stretching could only divert the ball wide. On 17 minutes Palace’s Jonathan Tadafe fired in a 30 yard free kick that flew straight at Fleet keeper Rhys Hughes before minutes later Reion McFarlane sent in a deep cross from the right that found an unmarked Mpungi at the far post but he sent his close range header over.

However on 21 minutes he made up for that miss by scoring an excellent goal. He challenged and won the ball on the edge of the Fleet box and turned and hit a first time shot that flew high to the left of the diving Hughes into the top corner of the net. The visitors might have increased their lead on 36 minutes but for an excellent bit of goalkeeping from Hughes. When the ball fell to Ricardo Andre on the edge of the box he unleashed a low drive that flew through the crowded area but Hughes diving low to his right stuck out a strong right hand to push the ball out to safety.

However Hughes was left exposed minutes later when Mpungi tried to feed the ball through onto the run of Andre down the right. Miller-Neave should have intercepted but missed the ball leaving Andre a clear run through on goal and he smashed the ball home low to the left of the diving Hughes to put Palace two goals to the good. Ebbsfleet re-arranged things at half time bolstering their midfield by bringing on Leonardo Mazzone and George Della Valle.

However it was the visitors who went close to increasing their lead on 50 minutes when McFarlane’s low left wing cross flew through the Fleet area and fell to Aaron McCallum at the far post but his close range shot flew over. McFarlane then fizzed a 35 yard shot narrowly wide before the Fleet finally started creating chances. On 56 minutes Marshall Taderera’s left wing cross saw Mazzone get in front of the Palace keeper Jack Yerlett at the near post but he could only direct his header over the bar.

Minutes later a superb diagonal pass from Mazzone put Taderera in on goal but with only Yerlett to beat he dragged his shot across the face of goal and wide. However on the hour mark the Fleet got back into the game when Miller-Neave’s free kick from wide right picked out the run of centre half Joe Denny, who lost his marker and sent a close range header home high to the right of Yerlett. Minutes later another excellent free kick from Miller-Neave caused chaos in the Palace box, the ball eventually falling to Oliver Boulding at the far post but Yerlett got down well to his left to keep out Boulding’s close range shot.

Fleet should have drawn level on 73 minutes when a high ball into the box from Mazzone was dropped by Yerlett and fell to Denny whose first time shot smashed against the bar and rebounded out to Casey Johnson who calmly rolled the ball goalwards but Shilow Tracey, standing virtually on the goal line, got the last touch and was rightly flagged offside much to the annoyance of his manager Daryl McMahon who was heard shouting ‘why did you touch the ball’. Minutes later Miller-Neave forced a good save out of Yerlett low to his left.

However Palace then had a couple of great chances to extend their lead, firstly when a long ball forward saw McCallum reach the ball fractionally ahead of the Fleet keeper Hughes and although the Palace centre forward managed to divert the ball round the onrushing keeper it rolled across the face of goal and just wide. Then on 85 minutes Palace captain Tadafe made a superb run down the left before cutting along the bye line and sending in a low cross that a stretching McCallum put wide.

That miss proved to be even more important minutes later when Taderera made a strong run into the box and was brought down by substitute Dominic David for a penalty. Miller-Neave stepped up and dispatched the ball low to the right of Yerlett as the Palace keeper dived left. Even worse was to follow for Palace deep in stoppage time when another great delivery from Miller-Neave from the left fell to Tracey on the edge of the box and unfortunately for the visitor’s his shot deflected up off a blocking defender and looped over Yerlett high to his right and into the top corner of the net to spark scenes of wide celebration from the healthy Fleet contingent present.

This was an excellent and very entertaining match that maintains Fleet’s 100% record and keeps then top of the league. The result was perhaps a bit unlucky on the visitor’s who, maybe naively, kept trying to score more goals rather than to see the game out towards the end.