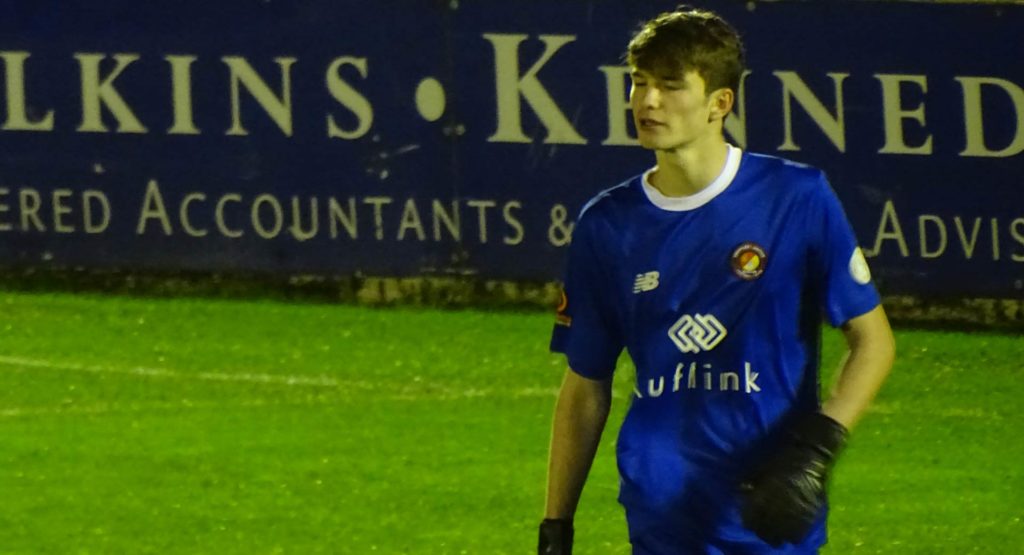 Academy boys do themselves proud

Academy goalkeeper Harrison Firth and midfielder Issa Sidibe played 45 and 30 minutes respectively against a strong Dorking Wanderers squad last night and were thrilled with not only the game performance but with their time spent alongside Dennis Kutrieb’s first-team squad in training over the past week or two.

Both players have already turned out in the Kent Senior Cup, this time last year at Ramsgate, but the opposition in Dorking Wanderers was another level.

“It was a really good experience, said keeper Firth who was most unfortunate not to land a clean sheet for his efforts, beaten only by an own goal. “I think with the goal I was a bit unlucky with it coming off one of our defenders, not much I could really do about it but I really enjoyed it.

“I was a little bit nervous going into it but five minutes in the nerves have gone. I knew with it on YouTube, that was something I was also a little nervous about but I soon got rid of those nerves.

“I’ve been in [training] this week and last Thursday and Friday so got to know the lads. It helps me massively, the experience with Jordan Holmes there as well, talking me through it, it was really good and everyone’s really helped me out.

Midfielder Sidibe entered the field of play only moments after Dorking’s Jamie O’Hara and he went toe to toe with the former Premier League and England U21 player.

“I’m grateful for the opportunity given to me,” he said. “I’ve been at the club for 18 months and I felt like I’ve improved. The management have seen that and I’m grateful they have seen the potential in me.

“I had a few butterflies but I feel like that’s natural.”

Sidibe’s game involves covering a lot of ground in the middle of the park and he was clearly enthusiastic to play his part.

“I play central, I can play both attacking and defending, so I feel like the manager saw that in me and played me ‘Number 8’ as I’m box to box.

“The intensity is a bit different so I can catch up a bit on that and the professionalism is right up there. I loved the experience and I just love the game.”

Ed Miller has been Ebbsfleet United's communications manager and programme editor since 2014 and responsible for the club website since 2007. Contact him on ed.miller@eufc.co.uk
PrevPreviousTireless Egan gets his reward
NextPaul WoodNext